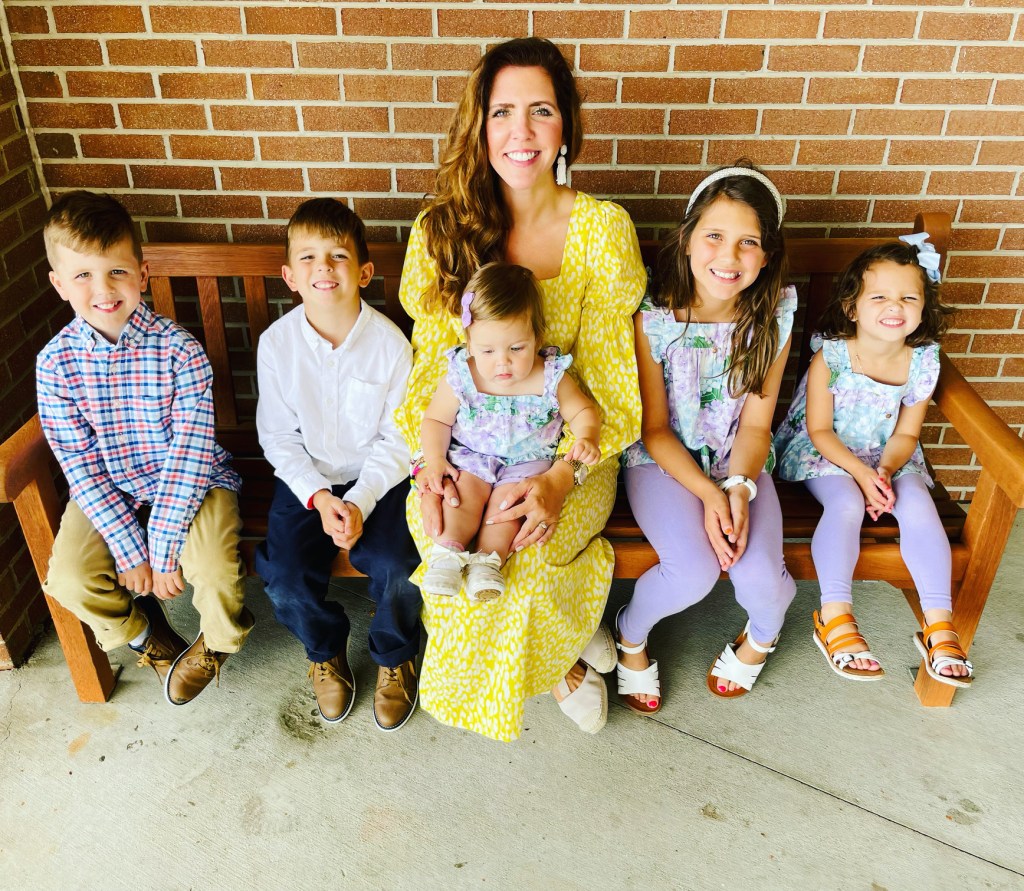 Ashley Bonasso has found that home is always where the family is. As the oldest of three siblings growing up in several different places, that adage resonated with her. “We lived in Virginia Beach, Virginia; Surfside Beach, South Carolina; and Pittsburgh, Pennsylvania, when I was growing up. I remember I was about 13 when we left Surfside Beach, and I thought the world was ending leaving all of my friends. In retrospect, it helped me learn to get out of my comfort zone. Our parents got us into tennis as a family, and that helped with making new friends too,” Bonasso said. “I also enjoyed being active in the church. My faith has always been something that is important to me. My grandad was a southern Baptist preacher.”
One of many ways that Bonasso participated in her church was in the choir. “It’s just something I’ve always loved.”

When Bonasso was a senior in high school, and considering college choices, West Virginia University was at the top of the list. “I knew I wanted to still be close to my family, and at that point I also wanted to go into education. They had a combined undergraduate and master of education program that would take five years. It seemed like the right decision,” Bonasso said. “Although, as soon as I got to school, I changed my major to nursing pretty quickly.”
Bonasso had to apply to that program. And on paper, Bonasso didn’t have all the courses completed to enter into it. “I remember writing a letter to them explaining why I would be a good candidate and they should make an exception. Thankfully it worked,” Bonasso said with a laugh.

While in college, Bonasso continued to strengthen her faith. “I participated in Campus Crusade and really enjoyed getting involved in their activities,” she said.
“I met my future husband, John Michael, who was also very active. It’s funny on our first date, we both just put it out there what we were looking for, and we both realized how much we had in common and wanted all of the same things. John Michael had participated in a lot of mission trips with his family, and I was very intrigued by the opportunity to help globally. It inspired me to go on my first (mission trip) to China for about eight weeks. We went over there to talk to college-aged kids about Christianity. That was my first trip ever out of the country.”

When Bonasso graduated in May 2009, she had a nursing job lined up. “West Virginia University has a hospital affiliated with the school and I was offered a job in the operating room before I had graduated. I knew that one day I wanted to have children and thought this would provide me the most amount of flexibility and still make a difference,” Bonasso said. “John Michael and I were married in January 2010 just a few days after he graduated.”

One of the benefits of Bonasso’s job was that many places needed her skillset.
“John Michael had grown up in Charles Town, West Virginia, and we went back there for his job. I began working in an oncology center for a year and then found my niche in home healthcare,” Bonasso said. “After a year we decided at that juncture in our life, we wanted to do something meaningful. We had learned about the World Race which is a Christian mission trip that allows you to do service projects in 11 countries in 11 months. We raised $30,000 in order to travel to Asia, Africa, Central America and Eastern Europe. I initially thought our families would tell us that we were crazy to leave our jobs and participate, but just the opposite happened. They told us this was that time in our lives where we didn’t have any strings attached. We thought we were going over there to help others; however, those people helped us just as much.”

After the life-changing experience, the Bonassos came back to re-evaluate where and what they wanted to be doing. Ashley went back to home health, and John Michael took a new career path in medical software instead of banking. “We decided to start having children in 2014, with our oldest, Adela. It was bittersweet because at that time, my mom had been diagnosed with breast cancer. We decided to move to the Winston-Salem, North Carolina area to help support her. Ironically, she ended up helping us even more with our children. As the Bonassos settled into their new home, they continued to expand their family, Luca was born in 2015 at 31 weeks with hydrocephalus. “His condition caused him to have several surgeries as a 2-month-old baby to remove the extra water in his brain. It was very scary, but luckily, he is doing very well now,” Bonasso said.

John Michael and Ashley gave Adela and Luca a brother, Miles, in 2016, and sister, Helen, in 2018. “Helen was born with an undiagnosed heart defect. When she was about 2 weeks old, I knew something was off. She had to have surgery just after Thanksgiving and has recovered very well. It was also a scary time, because she was so tiny, we had to weigh the pros and cons of taking the risk to even have the surgery,” Bonasso said.

Adela, Luca, Miles, and Helen had a lot to celebrate when welcoming their youngest sister, Georgia, in March 2021. “These days we spend a lot of time at our children’s activities and wouldn’t have it any other way. Once the kids were born, I stayed home with them full time. We also like to stay active in our church, at Calvary Baptist, from choir, to children’s ministry, and anywhere they need us. They were very welcoming to our whole family when we moved here, and we are so grateful to be part of that community,” Bonasso said. “It’s become a second family to us.”