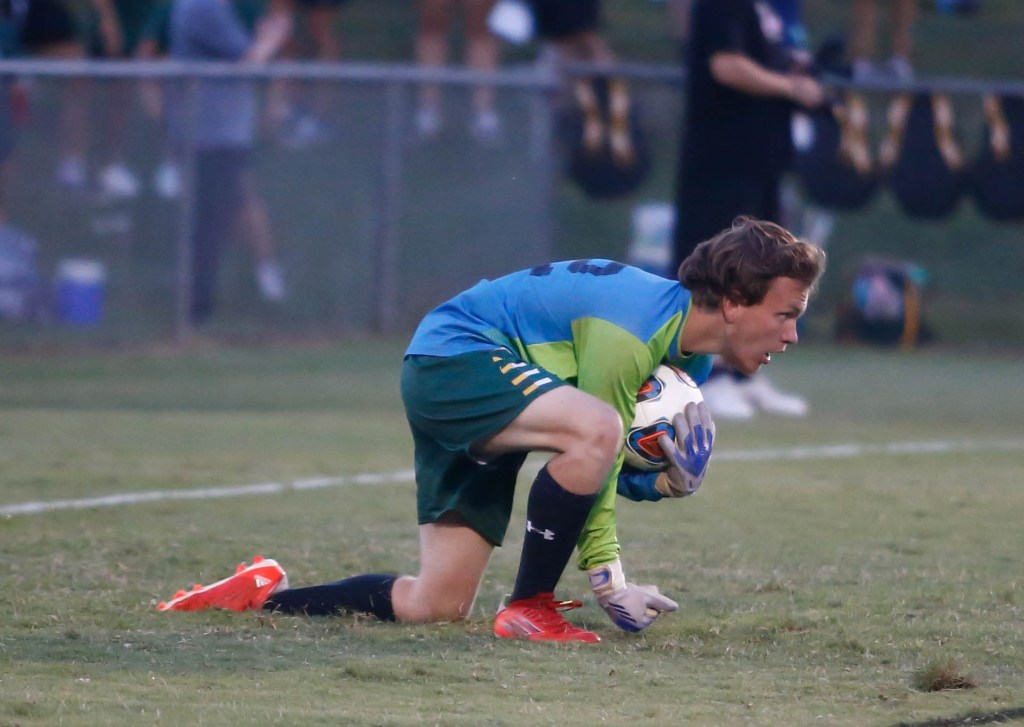 Senior goalkeeper, who carries a 4.2 GPA, praised by his coach for his leadership and ability