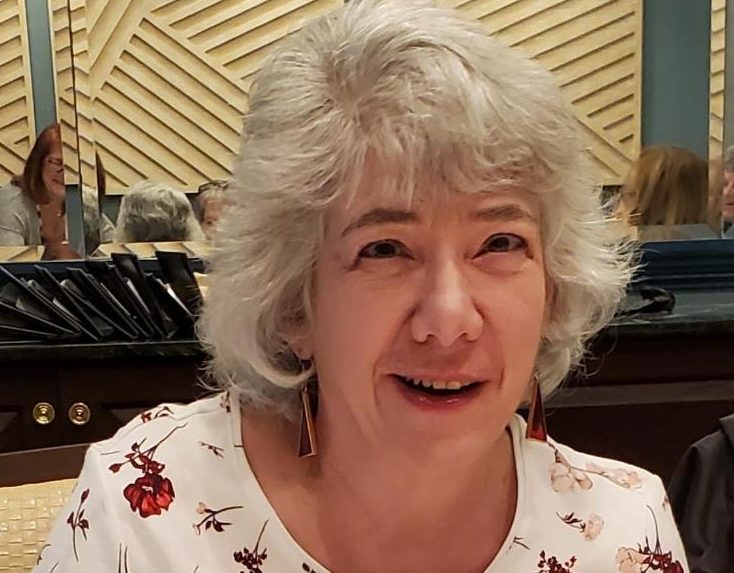 Debbie Clark grew up in Dunkirk, New York. The oldest of three children, Clark learned from an early age that resilience would serve her well in life.
“When I was 6 years old, I went with my dad to the neighbor’s house. Their garage door malfunctioned and came very close to hitting my head. However, it struck my leg, and I remember being rushed to the hospital. It was a small town, so the doctors weren’t prepared to handle a case as severe as mine,” Clark said.
“A renowned surgeon was brought in from Buffalo to see if he could help. The surgeon said he could not save my leg because the vessels were just too small and could not be reattached. I remember waking up, and my mom telling me that they had to amputate my leg.”
Seeing the concern and empathy on her face, Clark said, “Well I guess I can’t be a ballerina anymore.”

Clark credits her gratitude for the garage door not falling on her head to her family’s perspective with dealing with difficult challenges.
“As a kid you learn that everyone has something they have to adapt to, and this was mine,” Clark said. “My family didn’t treat me any differently either and I think that was important. In our family, the rules were for everybody. I was able to do a lot of things that people thought that I couldn’t do like riding a bike, swimming and physical education. Prosthetics aren’t what they are today, and I remember one time when I was in P.E. my wooden leg came off in the ring, and I had to be carried down to the principal’s office. My dad came with his kit to fix my wooden prosthetic with straps, and we kept on going with the day after that incident.”
Clark believes that a lot of people learned about disabilities from how her family dealt with it. “It was a small town, and I think how we kept on going educated a lot of people,” Clark said.

When it was time for Clark to select a college choice, she decided to go to Cornell University in Ithaca, New York. “My first semester I selected all of the courses on my own and didn’t get any assistance from counselors who typically recommend adding in some of the basic requirements. So, I ended up taking several foreign languages and multiple literature courses which I greatly enjoyed,” said Clark, who obtained a 3.8 GPA.
“After two years I decided to come home for a bit. Cornell was an expensive university, and I couldn’t justify spending that kind of money unless they had a program I couldn’t get elsewhere. I lived and worked at an optometrist’s office in Connecticut with my aunt during the interim.”

After mulling over options, Clark applied and got into the State University of New York at Fredonia. “I used my credits towards a degree in elementary education. I had some really great teaching experiences. However, we had a vice principal that came in and the first thing he said to us graduating seniors in education was how hard it was to get jobs. He made it clear that out of the 200 of us graduating, there were only spots for 20 of us,” Clark said.
“I found that perplexing and it made me reconsider my career path. I decided to head into more office work roles like I had done in Connecticut instead.”

Clark still found that her background in elementary education was applicable to her professional roles. “I remember one day having a tough day at work. My aunt took me to a local bar that people liked hanging out at, and I met my future husband, George, there. I always joke that the irony of someone who never liked hanging out at bars met my future husband there. I’m glad I had a tough day at work because of it,” Clark said with a laugh.

George and Debbie went on several dates and realized how much they had in common. “George’s job was going to transfer him to Florida, and we continued to keep up our correspondence. We ended up getting married after dating for several years in 1982,” Clark said. “Not long after George’s job transferred him to the Winston-Salem area which is how we got here. However, we did move to Missouri for a brief stint where I was part of a team that established a community health center, including dental care which garnered support from Kit Bond and Roy Blunt at our opening. The goal for the center was to serve a lot of the “working poor” and help relieve excessive emergency room use for non-emergency complaints.”

During that time, Clark was recognized with a proclamation from the mayor for Debbie Clark Day for work with Mid-America Singers. She was part of a group of musicians that worked with local hospitals to bring music to the bedside, in chemotherapy treatment units, and Neonatal Intensive Care Units.

Although rewarding roles had her in Missouri, she loved coming back to the Winston-Salem area. “I realized early on how much of a passion I had for nonprofits. My background with education parlayed well with working with volunteers which is a critical component in that realm,” Clark said.

Currently, Clark serves on the board of directors for the Humane Society of Davie County (HSDC). “When George and I used to live in Bermuda Run, I became involved out there from learning about the organization from neighbors. Both George and I have loved rescuing many cats throughout our 32 years of marriage. Seeing how much great work HSDC did with limited resources that came solely from private donations made me want to help,” said Clark, who has served as treasurer. “HSDC has monthly low-cost spay and neuter clinics that are so important to helping our community. They also offer food pantry services to those in need in addition to rescuing animals. Once, and sometimes twice a month HSDC goes up to the Washington, D.C. area to partner with another rescue to bring cats and kittens, and sometimes dogs to help alleviate the overpopulation in our surrounding shelters. It takes a lot of work and resources to coordinate it, but it sure does make a difference in those animals’ lives.”

Clark encourages community members to check out the fun events this time of year that directly benefit the animals, like Paws in the Park where people can bring their animals to view the lights at Tanglewood Park. “We also have Barktober Fest at the Filling Station this Saturday from noon-5 p.m. There are a lot of great ways to learn more about how you can help. For me personally, I get so much more than I give from helping them,” says Clark. “If anyone is interested the best way to learn more is by going to https://www.hsdavie.org.”

Clark credits helping animals in need with helping her out after George’s passing in 2014. “I miss him every day. People say that and you don’t know how true it is until it happens. I think it’s because when someone is involved every day in every part of your life there are too many places to miss them. But I know that I am better off having had all those life experiences with George than never having known it. Much like what happened to me as a child, I am most grateful for the good parts that came from it,” Clark said.