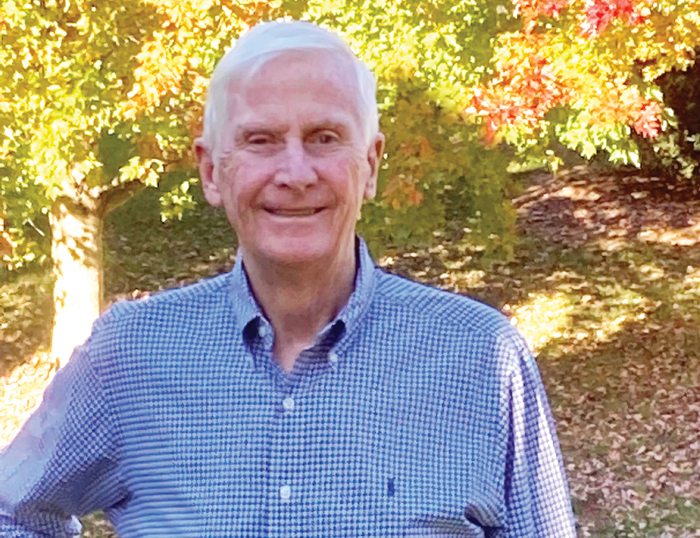 John Eiffe spent his childhood alongside two sisters and a brother finding many adventures. If asked where he was raised, there is no clear-cut answer. Although Eiffe was originally born in northern New Jersey, at the age of 10, Eiffe’s family went to live in Denmark and then Switzerland. “My dad was a chemical engineer, and his job took us overseas. I enjoyed the experiences tremendously,” Eiffe said.

Eiffe embraced the many opportunities that he was afforded. “I joined a sailing club which was fun because we would sail to Copenhagen Harbour. And when we lived in Switzerland, the boarding school that I attended required you to learn how to ski. You went out five days a week to learn which became a blessing because of how much I enjoyed it,” Eiffe said. “I still remember to this day the picturesque views when skiing. When I looked down the Alps, I recall seeing my dorm, which was an old hotel that had been converted. It was just breathtaking.”

Aside from taking advantage of the natural outdoor amenities, Eiffe relished in time spent with his dad and childhood friend collecting model trains. “That hobby started before we moved over to Europe and continued to pick up steam,” he said. “As an engineer, my dad definitely taught us a lot about it. He even bought huge transformers that helped power them. Some of my fondest memories as a kid were working on the tracks.”

Naturally, with Eiffe’s curiosity, a plausible curriculum choice was engineering, like his father. “I went to Lehigh University in Bethlehem, Pennsylvania, which offered an engineering program. However, we also had a history of lawyers in the family, so I ended up with a degree in government,” Eiffe said. “After I graduated, I was drafted in the Army for several years in 1969. I headed back to Europe for about 10 months in Germany with some really good guys. We had a lot in common.”

After Eiffe got out of the Army, he headed back to live near Lehigh University. “I’m so glad that I did because I met my future wife in the fall of 1971, Patti. We met by happenstance because she was supposed to be going elsewhere that evening. Patti was a senior at Alvernia University when I met her. We hit it off right away. We will be married 50 years next month. We were married on Nov. 11, 1972, on Armistice Day and my grandmother’s birthday. The engagement stone on Patti’s ring was from my grandmother which was special,” Eiffe said.

The newlyweds began their new life together with Patti teaching elementary aged children in Catholic schools. John utilized the G.I. Bill and got his master of business administration degree from Rutgers University, finishing at the top of his class. Eiffe finished his program in record time, in one year, and tutored calculus students to help generate an income.

Shortly after, Eiffe began his career at Nabisco working as a financial analyst. “I was presented with an opportunity to go overseas again to Denmark to one of the subsidiaries. We didn’t have children at the time and decided to take advantage of that opportunity. Patti enjoys traveling too, and we were excited that it would allow us to bring our dog,” Eiffe said.

After establishing their careers and taking several adventures, the Eiffes decided they wanted to have a family after returning to New Jersey. “We realized early on we couldn’t have children on our own. We decided to adopt. Our first experience in New Jersey with trying to adopt was tough. We found out at the last minute that they did not want to adopt the baby which we had been told could happen. A friend of ours had identified an orphanage in Colombia that was being run by three nuns from Canada. In addition to paying 10% of our annual income, we had to bring a bunch of supplies with us for the orphans which we were happy to do. We met our son, Alexander John (37) and were so excited to bring him home,” Eiffe said.

Knowing that they wanted to eventually add a sibling to their family, the Eiffes began looking into adopting a daughter. Two years later, Alison (35) joined the family from the same orphanage her brother came from in Colombia. “My wife had to fly by herself to get our daughter because my son’s citizenship was still being processed. We were both so excited to meet her,” Eiffe said.

The parents of the young children were then thrown a curveball. “The company I was working for was closing down. I was offered a job at Planters Lifesavers in North Carolina, and we decided to make the move,” Eiffe said.
Eiffe worked there for several years helping set strategic planning methods as a financial manager for the company. Ultimately, the company also experienced changes and closed down. Eiffe, not scared of a challenge or new opportunity, went out on his own with a partner as a financial analyst. “We thought it would be unfair to uproot our children at that point,” explains Eiffe. “It worked out because until 10 years ago, I stayed in that position. I have been enjoying retirement ever since.”

Retirement for Eiffe includes being a “Papa” to his two grandsons. Eiffe also credits his faith for his many blessings. “My wife had always been very strong in her Catholic faith. However, I recall her coming home from Cursillo in 2005 and she was just on fire. It was a three-day weekend where you really learn about your spiritual growth and putting God first. By doing that, I learned to put my wife first. It became the most important thing in my life after that,” Eiffe said. “I hope to share with others the life changing experience from it too. We all have so many blessings and it helps you realize just that.”