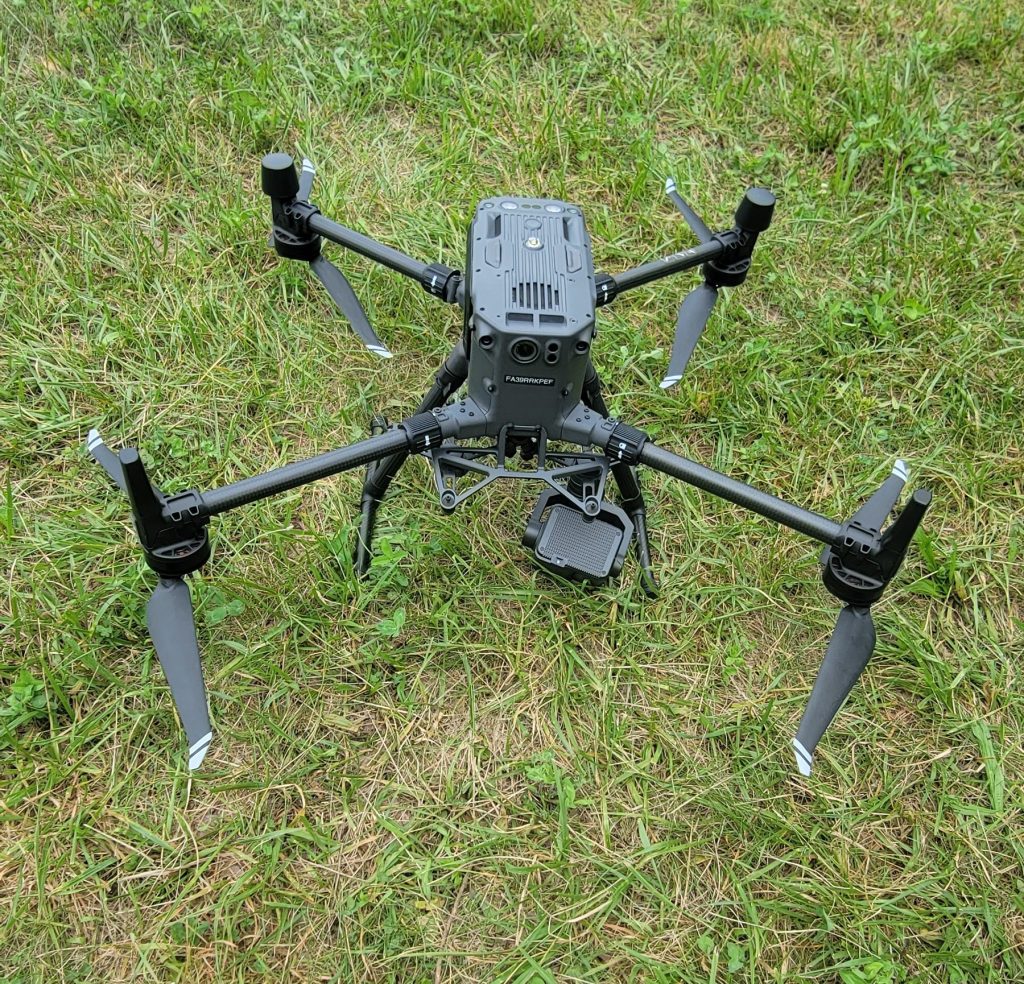 It’s official. The Forsyth County Sheriff’s Office has announced that the Drone as First Responder pilot program is live in Clemmons.
It is the first of its kind in the state and one of only 11 programs with the applicable Federal Aviation Administration waivers nationwide. The program is designed to provide deputies with additional support for daily operations utilizing unmanned aircraft systems — commonly known as drones.
“I’m excited to be here today to recognize this accomplishment by the sheriff and his office and am honored to have been part of the process,” said Mayor Pro Tem Michelle Barson in her statement in last Wednesday’s news conference at the Forsyth County Public Safety Center. She represented Clemmons along with Mayor Mike Rogers, Village Manager Mike Gunnell and Assistant Manager Amy Flyte.
“The village and the sheriff’s office have worked together for many months to create and implement the DFR pilot program in Clemmons,” Barson said. “I’m confident the program will produce positive results and that other municipalities will be excited to bring this enhanced level of safety to their own residents.”
Barson and council member Mike Combest were invited to be a part of a meeting earlier this year that included Forsyth County Sheriff Bobby Kimbrough, Brian Mullins, the county sheriff’s office drone team leader, and Basil Yap of nonprofit AeroX, to gauge the interest of Clemmons being part of this pilot program.
And they were impressed with what they saw and heard, leading to the village agreeing in May to move forward with further exploration of being a part of the program.
That led to taking the next step in September by giving the OK for a trial run where one of the Clemmons deputies would be on the roof running the drone instead of being on the streets for the months of October and November — and then be able to review the information and data in December with recommendations on how to improve in another two months where efforts are made to fine tune the program.
“At the end of that time, they will have the data to present to us as to whether we want to adopt a drone program,” Barson said in a council meeting in September, adding there was no monetary ask at the time. “We could then choose to, or not to, work this into our budget. If you like the drone program, then we would be responsible at that time of buying our drones and some other components. That would be presented to us at the time after having all the data collected.”
Clemmons was selected as the location for the DFR pilot program because the area has the highest population density and call volume of the townships contracted with the sheriff’s office to provide law enforcement services.
The drone in Clemmons is centered in the Lewisville-Clemmons Road area near I-40 and can respond to a variety of calls for service within up to about a mile and half away. With the Live911 software, drones are able to respond directly to the location of a 911 call, generally arriving on the scene before a deputy in a patrol vehicle.
“The Village of Clemmons supports our law enforcement partners and their plans to enhance the already exceptional service to our residents,” Mayor Mike Rogers said in his statement. “The safety of Clemmons’ residents is always at the forefront of our minds, and as mayor and council, we aim to be as effective as possible with our available deputies. We are confident this project will allow the Forsyth County Sheriff’s Office to bring to Clemmons yet another advanced level of service with this new technology for public safety.”
In additional comments, Barson said she believes there are many reasons that this Drone as First Responder pilot program is going to be something Clemmons adopts permanently.
“The first is improved service to our residents with quicker response times,” she said. “The drones can get to a scene of a call in a fraction of the time that an officer can with times ranging from one minute to three minutes. DFR is a de-escalation tool that saves lives by providing eyes on the scene prior to an officer arriving there. This means they know what they are walking into and how to properly prepare.
“Another reason comes down to cost. It has become increasingly difficult to recruit and retain officers, and Clemmons continues to need more of them. I believe that looking down the road, 5 or 10 years, that we will be able to slow our bringing on of new officers and detectives thanks to our adoption of drones being part of the force.”
Barson said her only concern about the adoption of drones is that Clemmons, especially as a small municipality, gets the transparency piece of it right and gets it right quickly.
“For instance, some communities provide a direct link on their website to the footage the drone captures on each call,” she said. “I think that will be important for us to have that available for our residents so they know the technology is only being used to serve them. I think it’s also important to collect and share the data from the drones — what type of calls and how many it responds to each month, along with its response time and outcome of the situation.”
“This information will be available to council to make decisions based off of but also needs to be updated and easily available to everyone in the community as we are all taking our first steps together into a new, modern way of law enforcement and safety enhancement.”