Wanna step outside? Rut season around the state 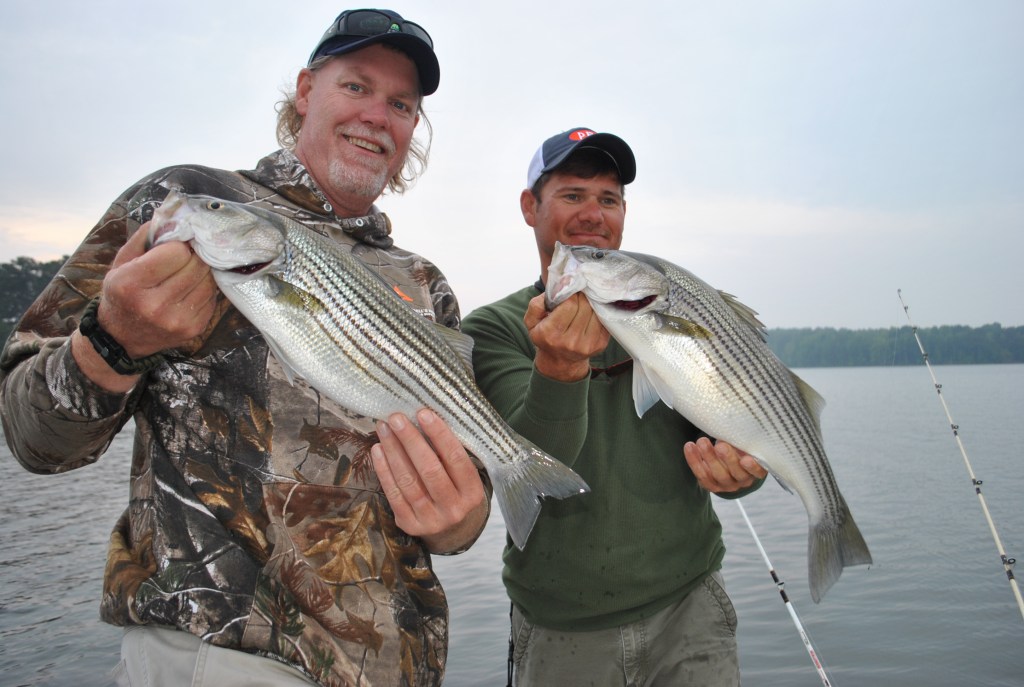 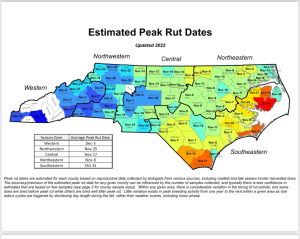 Deer hunters in much of North Carolina are really looking forward to the next 3 or 4 weeks, and not just because most of them will be able to put away their archery equipment and pick up muzzleloading rifles and traditional guns.

They love November because it is the peak of the whitetail breeding season, when normally cautious bucks often let down some of their innate defensive mechanisms because they are so driven to breed — often, and with as many does as possible.

The N.C. Wildlife Resources Commission has traditionally set muzzleloader and gun seasons around the “rut” as it is often referred, in order to get as many hunters in the woods when they have the best chances of putting their tag on a buck with antlers that would make the old cartoon character Bullwinkle green with envy. But the timing of the rut can vary from area to area, often in areas within close proximity to each other.

The past several years, the commission has published a “rut map” to show where the peak of the breeding period — the day when the highest percentage of doe deer are bred — actually hits. The dates are largely determined by sampling the commission does during the summer, taking a few does from an area every summer, examining the fetuses they are carrying, and by measuring them, they can determine how far along they are in the gestation period and back-date to the date of conception. It’s a process that is so accurate as to be frightening.

So the commission figures the peak of Forsyth County’s rut is Nov. 19. To the south and west, the peaks in Davidson and Rowan counties are Dec. 2 and 1, and down in the southern Piedmont, in Stanly and Montgomery counties, it’s Nov. 16 and 14.

The farther east and south you are in North Carolina, the earlier the peak of the rut shows up. The farther north and west, the later. In the southern coastal plain, the commission says the peak of the rut is Oct. 31; in northeast North Carolina, It’s Nov. 8. In the Piedmont, it’s Nov. 17. In northwest North Carolina, it’s Nov. 25, and in the western mountains, it’s Dec. 3. Some of the timing may have to do with the length of the photoperiod — the number of hours in a day when the sun is shining — and some of it may be related to habitat, even to where the deer herd in an area originated.

In other words, back in the early 1900s, when the state was stocking deer in places where they hadn’t lived in quite a while, most of them came from the old Pisgah Management Area (the sprawling Biltmore Estate), and that area’s herd was made up of deer from a variety of states. So if deer from Wisconsin were stocked in a Piedmont county, the rut might be a little later because of the inherent genetic predisposition. If deer from South Carolina where stocked somewhere else, the rut might be a little earlier.

I have studied rut maps from several states along the Gulf Coast where the vagaries of the Mississippi and various other rivers have a huge impact, and the rut appears timed later in vast river bottoms than other places in, say, Louisiana and Mississippi. The reason, deer in those areas have a better chance of survival if their fawns are born later in the spring — after flood waters have receded.

All this matters not a whit to hunters. What they need to know is when the peak of the rut arrives in their specific area, and to be in the woods as much as they can in the two weeks before and after — when the woods can often seem alive with deer activity.

The N.C. Division of Marine Fisheries has reversed an earlier decision and has decided to open the keeper season for striped bass in the Albemarle Sound Management Area. The season began this past Tuesday and will last until Dec. 31 or whenever the quota of slightly more than 51,000 pounds is reached.

Hmmmm. You think some commercial fishermen might have complained?
The DMF decided in late September not to open the season on its usual Oct. 1 date, saying the striped bass stock assessment in the Albemarle Sound, Roanoke River and most of their tributaries was so bad that further reductions in harvest were necessary, what with anglers having already caught 32,000 pounds during the spring season. DMF’s data showed that the total allowable catch should be about 15,700 pounds.

The annual quota is split 50/50 between commercial and recreational fishermen.

Kathy Rawls, DMF’s director, issued this quote in a news release on Sept. 26:

“This management determination is based on further review of the 2022 Albemarle-Roanoke striped bass stock assessment update, consultation with the (N.C) Wildlife Resources Commission staff, and stakeholder comments,” Rawls said.

The last two words matter the most: stakeholder comments. In other words, commercial fishermen — who seem to always get their way from the DMF, no matter how poorly different fish species are doing — burned up their speed dials complaining to Rawls that not being able to catch and sell another thousand or so pounds of stripers during the fall would make for a terrible Christmas along the North Carolina coast.

“While the fall recreational season will open, a reversal from the director’s previous decision, the (DMF) and (NCWRC) staffs continue to have concerns about the status of the Albemarle-Roanoke Striped Bass stock,” said Rawls.

In other words, “there are still too few stripers to catch, but we’ve got to let our netters have a go at them, or they’ll be mad at us.”

What was wrong with DMF’s earlier decision to keep the season closed? Somebody didn’t like the numbers. The Sept. 26 release said that a “more thorough review of the 2022 stock assessment update” will be conducted. Again, we don’t like the numbers; we need new numbers.

Recreational fishermen will be allowed to keep one striped bass per day until the quota is reached, and any fish kept must be at least 18 inches long.