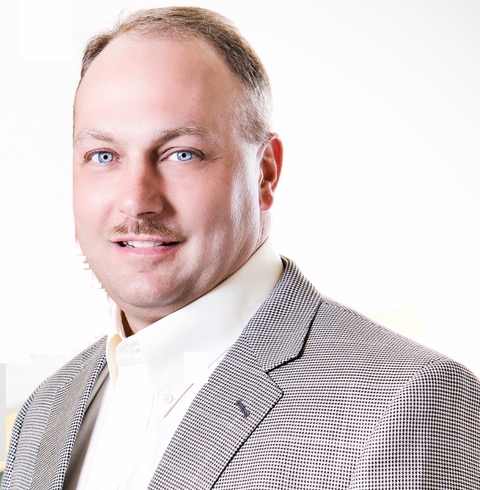 Brad Wall grew up in Yadkin County surrounded by acres and acres of family land. “My great-grandfather had acquired about 500 acres of land in Yadkin County. We worked on and around the land which I enjoyed tremendously,” Wall said.
From archery, riding horses, hunting, fishing, water skiing and anything on the land, Wall and his sister enjoyed being outside. “If we weren’t outside, we were playing some sport, although my favorite was baseball,” he said.

As a child that was inspired to explore all things, he was drawn to learning about how things worked as an electrical engineer.
“My teacher at Forbush High School, Mr. Smitherman, showed me the electronic world. I was fascinated with it in his classroom and decided to pursue a degree in electrical engineering and minor in computer science because of it,” Wall said.
Wall earned his degree at the University of North Carolina at Charlotte.

After graduation, Wall headed back to the community he was raised in. “I started working as a network administrator and utilized my degree. Around the same time, I reconnected with my future wife, Jennifer, who grew up in Clemmons and graduated from West Forsyth High School. We had known each other, but never actually hung out. Her uncle worked for the same company as I did and recommended giving her a call when she came to town. We went water skiing that summer and got engaged just a few months later,” Wall said.

The newlywed also was offered a position professionally that would help shape his career in 1995. “I started working for Krispy Kreme initially to manage their point-of-sale (POS) system. The exposure it gave me to the business side made me want to learn more. I went back to school to get my master of business administration at Appalachian State University because of it in 1996,” Wall said.
His ability to learn quickly made him a natural fit to quickly rise through the ranks at Krispy Kreme. Wall wore many hats there from business analyst to director of financial planning and analysis as the company considered going public. Wall was tasked with providing financial projections to Wall Street for the top-level executives at the company on their technical side. “We traveled all over giving our presentation. I can’t even remember how many times we actually had to do so before ringing the bell introducing KREM, our first ticker symbol,” Wall said. “After that point we went to KKB and did a lot of work internationally as we took it over to the Dow.”

With exciting times in Wall’s professional life, he was also celebrating his greatest role as dad. Daughter, Caitlin (25) was born in 1997. “I realized very quickly that it was the most important job any man could have. It’s the only job on Earth that means anything really,” Wall said. Jennifer and Brad continued to expand their family with Meredith (22), Cameron (19) and Mallie (14). Much like Wall’s upbringing, he and Jennifer wanted to live on acres of acres of land with their children. Ultimately, they ended up acquiring 420 acres that was once owned by Daniel Boone’s wife’s family. Their acreage contains some history to the community that is often visited, such as the tomb of Captain Henry Francis where the Battle of Shallow Ford took place. “I have always loved history and learning about the community around us,” Wall said. “The Lewisville Historical Society has done tours out on our property to others in our community who feel the same way.”

As Wall and his family continued to establish their roots in the community, he was simultaneously progressing at Krispy Kreme. Wall also acquired additional degrees with a master of accounting at Gardner-Webb University and attending the University of Pennsylvania – the Wharton School of Business in their Advanced Management Program for Organizational Leadership. Wall soared at Krispy Kreme all the way to senior vice president to oversee its global operations, product licensing and research and development functions. However, in 2014, Wall decided to shift gears momentarily. He left his job and decided to be a full-time father. “For three years, I was able to focus completely on my family, my top priority,” Wall said.

Wall also was inspired to do even more for his community by establishing the Wall Foundation in 2014.
“My wife had gotten involved in 2011 with competitive cheerleading. When we saw a team with special needs children take the floor there was something that spoke to both of us. Their energy and passion made us want to give back. We left the competition and decided to start a 501(c)(3) non-profit organization to support exceptional children. We both felt that God was telling us to do something. The day that we became incorporated, someone came into the Carolina Spirit Athletics looking for a facility to allow their children with special needs to practice. The group had lost the opportunity to practice at their previous location, and it was with great pleasure to say that they could practice there, and it would be fully covered by the Wall Foundation. I can’t even begin to describe the joy on the faces of the children and parents of those exceptional children as they come out to the arena to compete. It touches your soul to the core,” Wall said. “We have enjoyed identifying opportunities in our community where we can give back and make a difference with sponsorships.”

With the Wall Foundation underway to better the community, Brad decided to also start a new business venture. “I opened up Abbott’s Frozen Custard in 2019 in Clemmons. I had become familiar with them while working at Krispy Kreme. The brand had reminded me a lot of Krispy Kreme in the early days. They only had 35 stores at that time and wanted families creating memories with a quality brand. I was excited to align myself with a product like that in our community,” Wall said.
“Another aspect that has meant a lot has been employees that are like family. That’s what we look for when we hire someone. Abbott’s is a place that allows high-aged young adults to work and learn in the community and serve. I am grateful for this opportunity that God has given me. My faith is very important to me. I know it’s because of Him that this life that I have been blessed with has been possible.”