Season ends for Titans with loss in first round of playoffs 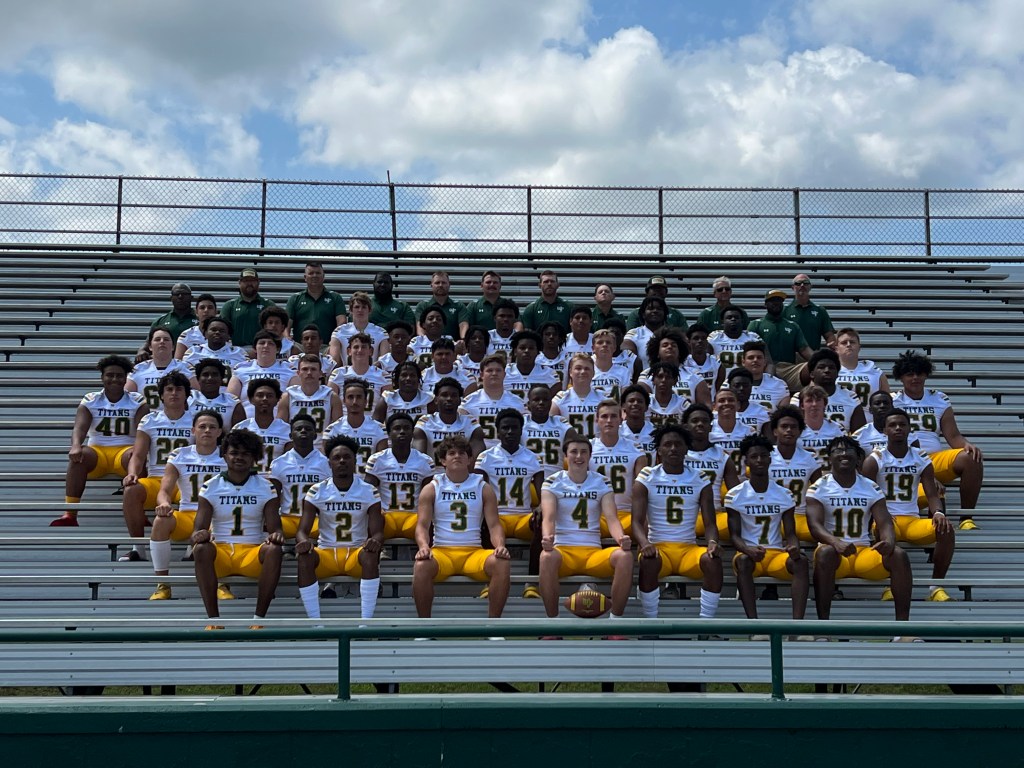 KERNERSVILLE — Different week, same two teams, and just about the same result last Friday night as the week before.
Just one week after East Forsyth beat West Forsyth at Fred E. Lewis Stadium in the Central Piedmont 4-A regular-season finale, the Eagles downed the Titans 49-0 in the first round of the NCHSAA Class 4-A West football playoffs.
West finished the season 4-7. After losing the first four games of the season, the Titans rebounded by winning four of their next five, with the only blemish during that stretch a 42-39 loss at Reagan on Oct. 7.
‘I’m proud of them,” Coach Adrian Snow said. “In the world of coaching, sometimes we centrally connect, and sometimes you’ve got to look at the positives. They grew a lot from what we’ve dealt with, to losing the first four, come back and having to win four out of the last six (in the regular season), but we had a chance to win the fifth one.
“But at the end of the day, it’s part of it. Thirty years (of coaching), you say bye a lot.”
23 seniors played their final game last Friday against the Eagles.
“It was very hard at first…,” said senior J.D. LeGrant. “But with me and my guys, we pushed through it. We got there in practice, worked. We worked at it, man. And it didn’t turn out how we wanted to, but I’m going to tell you now, these boys right here, all of us, we fought our hearts out today.
“I felt good because I know we had it in us. We just had to bring it out. I was just so glad to do it with the guys I’m with. It’s a family. It’s a bond. And I just love it. It was fun, man.” 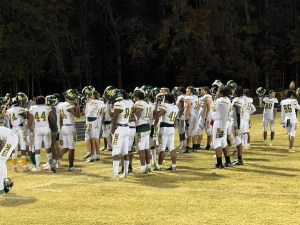 As far as the game this past Friday, West Forsyth had an inauspicious first drive. East Forsyth won the coin toss and elected to defer to the second half. That meant West Forsyth received the opening kickoff. After the kickoff, Caleb David lined up at quarterback in the shotgun. He fumbled the snap and East Forsyth recovered at the West Forsyth after just 12 seconds had elapsed.
East Forsyth drove to the 1-yard line, but quarterback Jaylen Raynor fumbled the snap and West Forsyth recovered with 9:43 left in the first quarter.
The Eagles rebounded and scored with 6:01 left in the first quarter after Raynor threw a 45-yard touchdown pass to Que’sean Brown to help make it 7-0. Brown added a 12-yard touchdown run with 1:52 left to help make it 14-0.
Brown scored again on a 75-yard touchdown pass from Raynor with 9:20 left in the second quarter to help make it 21-0.
On the ensuing possession, quarterback Bert Rice of West Forsyth fumbled at its own 23 with 6:01 left. East capitalized and scored two plays later on a 13-yard touchdown pass from Raynor to Conner to help push the lead to 28-0.
“It was a different mindset, but the same intensity” LeGrant said of playing East Forsyth in consecutive weeks. “There was even more intensity this week. We made some changes. We were getting after it and everything. It just didn’t come out the way we wanted.”
East Forsyth took possession at its own 7 with 3:07 left in the second quarter. It drove 93 yards on six plays and scored on a 32-yard touchdown pass to Ronnie Christian from Raynor with 54.1 seconds left to help make it 35-0.
“We really wanted to get that because we knew we got the ball at half (to start the third quarter), too,” Willert said. “It’s just one of those things — you score at the end of the half that hurts teams, man. We didn’t want to go in 28-0. They could still have some breathing room. It’s some momentum and we didn’t want that. We did a great job of getting in the end zone.”
Brown scored again on a 15-yard pass from Raynor with 9:18 left in the third quarter to help make it 42-0, triggering a running clock. East Forsyth added another touchdown with 3:42 left in the game after Cannen Rottweiler scored on a 15-yard run to help make it 49-0.
“It’s never easy to win,” Willert said. “People think it’s easy to win. It’s not easy. These coaches put in a lot of work. Players put in a lot of work. Coach Snow and his staff are really good.
“So, it’s never easy to beat West Forsyth. It might look easy, trust me it’s a dang grind, and that’s why even we’re up 28-0, I’m terrified because I know what West Forsyth can do and what they have done to me in the past. So, we didn’t want to give them any hope.”
Snow lauded his team’s preparation during the week and was happy to welcome a full roster of players back after a virus ripped through a good chunk of the team the week before.
“We had a great week of preparation,” Snow said. “I was very proud of them for that. We handled ourselves the right way.”
West Forsyth checked many other boxes this season that were positives.
“They’re great kids,” Snow said. “We’ve had a great experience dealing with them. They handled themselves the right way with class.
“They went through a lot of craziness during their time at West, but they handled it the right way and that’s all you can ask.” 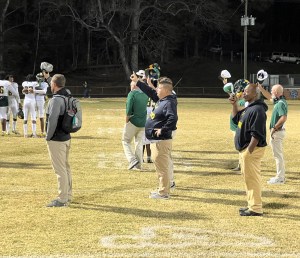