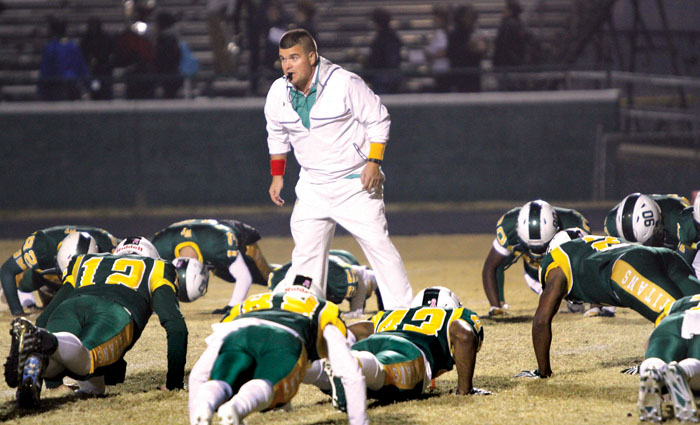 Adrian Snow has resigned as the football coach at West Forsyth after 15 seasons. Snow is the school's winningest football coach, amassing 122 wins.

Adrian Snow, the football coach at West Forsyth for the last 15 seasons, has resigned.
Snow informed his players on Thursday of his decision.
He will retire from the Winston-Salem/Forsyth County School System and has accepted a position outside of education.

Snow’s career record at West is 122-54, which included six seasons with 10 wins or more. He leaves as the winningest football coach in school history, reaching that distinction in 2020.

West Forsyth won four conference championships during Snow’s tenure, and he was the Central Piedmont 4-A Conference Coach of the Year four times.
The Titans advanced to the third round of the NCHSAA 4-A state playoffs four times under Snow.
West had advanced that far in the playoffs just three other times in the school’s history prior to Snow’s tenure.

88 players from Snow’s teams at West Forsyth went on to play college football. West has sent players to Clemson, Georgia, North Carolina and Florida as well as several other colleges and universities on football scholarships.

Coach Snow has been a head high school football coach for the past 21 years. He was the head coach at Watauga and Surry Central High Schools and an assitant coach at Reynolds before coming to West Forsyth. He has also served as an assistant coach in the Shrine Bowl and Under Armour All-American Game.

West was 4-7 this season and lost in the first round of the 4-A state playoffs to East Forsyth. 15 starters will return next year, including the starting quarterback, the running back who set the school single game rushing record this past season, three offensive lineman and six starters on defense.

This story will be updated.