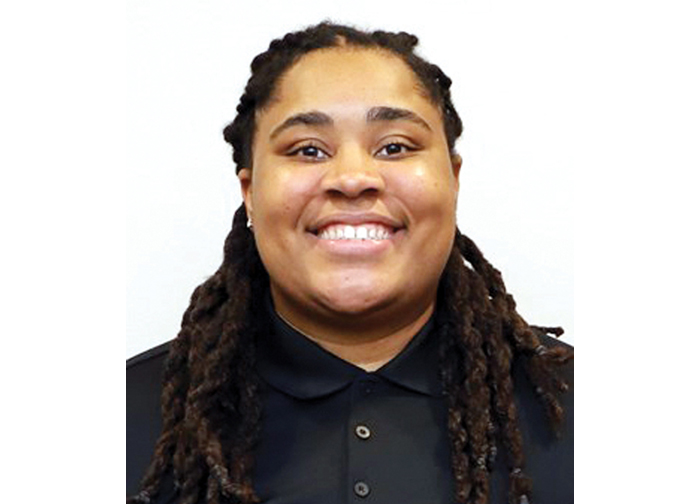 Titans draw No. 7 seed in Bell Davis Pitt bracket and will face No. 2 Reagan in opening round on Saturday at Atkins

It’s almost Thanksgiving, which means it’s time for that annual tradition of the Mary Garber Holiday Tip-Off Class girls basketball tournament.
The tournament, which honors Mary Garber, the former pioneering sportswriter at the Winston-Salem Journal, begins Saturday with four first-round games at Atkins in the Bell Davis Pitt Bracket, and four first-round games at Glenn in the Atrium Health Wake Forest Baptist Bracket. The tournament, which will run through next Wednesday, announced its pairings Wednesday afternoon at Maple Chase Golf and Country Club.
West Forsyth, which finished 8-14 overall last season under first-year Coach Catrina Green, was named the No. 7-seed in the Bell Davis Pitt Bracket and will face No. 2 Reagan at 1:30 on Saturday at Atkins.
“I think based on our record from last year, I understand it,” Green said. “But we are a new team this year. I’m excited about where we’re placed to go out and let people know that we’re not supposed to be a 7-seed.”
Green said that she is excited for what is to come in her second season as the head coach.
“Last season, I came in late, didn’t get the time to spend with the girls in the summer,” she said. “This summer we worked out some time together. We got to play in the Blue Chip Fall League. So, we’ve been able to build some chemistry and just work on our game that we didn’t have the opportunity to do last season.”
Of the eight teams in the Central Piedmont 4-A, seven of them, including first-round opponent Reagan, are playing in the Garber– four in the Bell Davis Pitt Bracket.
“I think it continues to set up the rivalry for us leading up the CPC,” Green said. “We’re excited just to be put in the position to play them (Reagan) and see the talent that we have and just be able to compete.”
West Forsyth will play the winner or loser of Saturday’s noon game at Atkins between No. 6 North Wilkes or No. 3 Reynolds, another Central Piedmont 4-A team, at either 6:30 in a consolation or 8 p.m. in the semifinals on Monday at Atkins depending on the outcome.
“This gives us a chance to see what teams in our conference are looking like,” Green said. “It gives us a chance for our girls to put on a new uniform and just get to work. Everybody starts 0-0, and this weekend just allows us to get ready and get prepared for the season to start towards the end of the month.”
The Titans lost seniors Brianna Shillito, Mackenzie Richards, Emma Holowiti, Carmahn Jackson and Caroline Johnson from last year’s team. Johnson missed most of the season with an injury. However, senior Abby Hunter and sophomore Campbell McClain should play important roles this season.
“We’re returning our all-conference kid in Abby Hunter and we’ve got some new freshmen, some new faces that have come into our program that are going to be able to replace the pieces that we lost,” Green said.
No matter the outcome for the Titans, playing three games in a tournament should be a good proving ground.
“I think it’s beneficial,” Green said. “It allows us to weed out some more of the things that we have to work on leading up to our first game. It gives a look into what we have to face with most of the teams in our bracket, being CPC teams, CPC opponents. I’m excited about it just for that, and it helps us prepare for the regular season.”