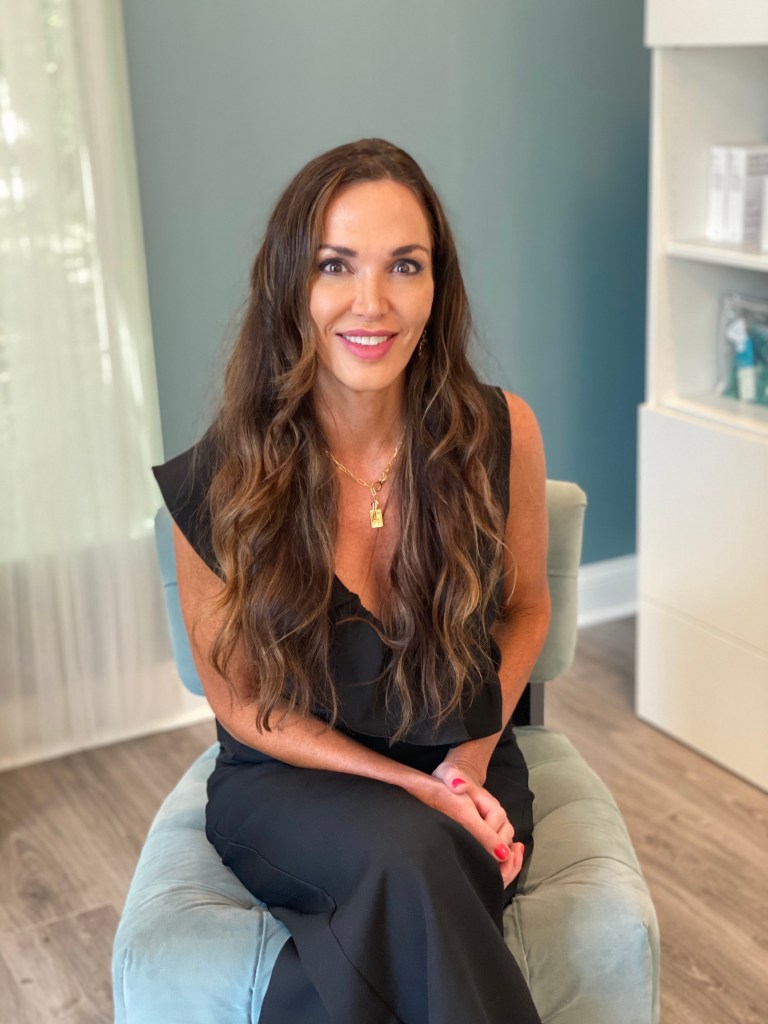 Kristin Carson grew up in Greensboro as the youngest of two children in her family. “I was always very active in sports and outside activities,” Carson said.
Carson took to softball very early on and played it competitively until halfway through high school. “I was a passenger in a very bad car accident my sophomore year. I sustained substantial injuries including a broken nose. Subsequently, I had surgeries that sidelined my ability to participate in sports during that time,” Carson said.

When Carson headed to college at the University of North Carolina at Greensboro, she rediscovered fitness in a new way. “I started taking group fitness classes, and I enjoyed them tremendously. I joined a women’s wellness fitness center, and group classes like step aerobics were a great way to stay fit and recharge,” Carson said. “It helped me stay focused while I earned my degree in business management with an emphasis in marketing.”

After graduation Carson moved to Indiana for four years.
“I had gotten married at that point and had taken my first job in sales. In just two years we decided to expand our family and had twins in 2005, Haley and Tyler. I was a full time stay at home mom until they turned 3 years old. We also decided to move back home at that point to North Carolina to be closer to family. Having been in the Greensboro area most of my life, I knew I wanted to raise the twins near our family,” Carson said.

Returning to the area, Carson began regularly going to the gym.
“That was where I had ‘me’ time. I would put the kids in childcare and take an hour to take a group class. I began taking them pretty regularly and was there so much they asked me to teach. Initially I got my first certification to teach Les Mills BODYCOMBAT. I got recruited to teach other Les Mills workouts to include Combat and GRIT, Core and Sh’Bam. To this day, I still teach Les Mills BODYCOMBAT and BODYPUMP on Mondays and occasionally on the weekends. For me, it’s about the relationships I have built with the members. That’s why I continue to keep doing it. I love seeing those people working hard to achieve their goals. It’s such good energy at the local YMCAs,” Carson said. “I also enjoyed building friendships with other instructors that shared the same passion for fitness.”

Aside from teaching group fitness classes, Carson began working at Lewisville Laser & Aesthetics. “Initially I was only working part time about eight years ago since I was also teaching at the YMCA in the mornings. Then about four years ago, I became the practice administrator and went full time. There are 12 employees in the practice, and it has been a great place to work. At both the YMCA and Lewisville Laser & Aesthetics I have found the relationships I have developed with who comes in has been the highlight of the job,” Carson said.

If not working, Carson enjoys being around her children. “Being a mom is the most rewarding thing that I’ve ever done in my life. They are the two people I just love being around the most. Now that they are 17 years old, the conversations we have are just so fascinating. Seeing them work so hard in school and sports, just makes me such a proud mom,” Carson said. “My mom passed away before the kids were born, so making sure that I stay active and healthy so I can be a part of their lives for a long time is very important to me. I love seeing them exude those healthy habits too.”
Carson realizes that in just a year her children will be off to college and on their own, too. “I’m enjoying this last bit of time home with them. They’ve taught me so much about myself. It makes me excited to see what’s next,” Carson said.