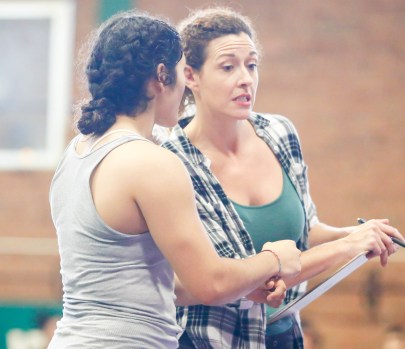 Brad Richard photo Rachel Roberts, who is helping coach the girls wrestling team, talks to one of her wrestlers 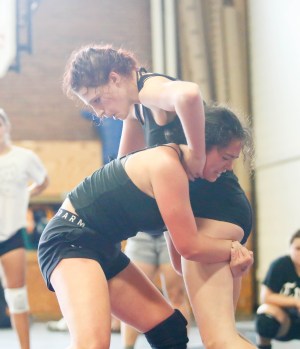 Brad Richard photo Two female wrestlers square off against each other during a recent practice at West Forsyth. The is the first year that the Titans have had a girls wrestling team 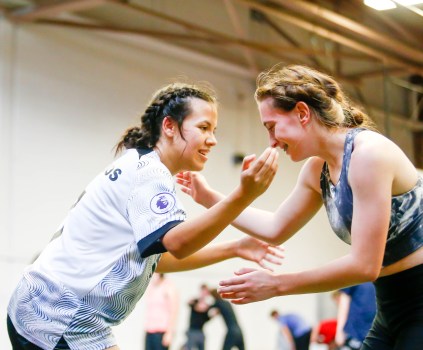