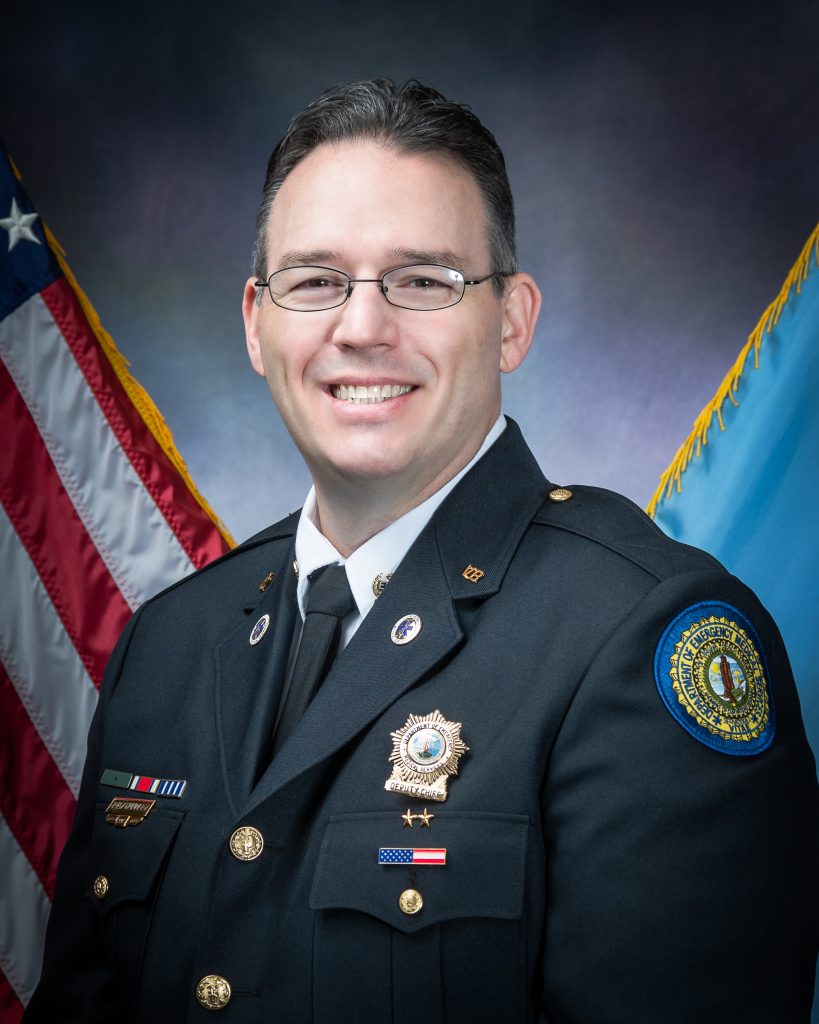 Joey Hundley has been selected to serve as the new Emergency Services director for Forsyth County.

Hundley currently serves as deputy EMS chief of Virginia Beach Emergency Medical Services, a position he’s held since 2019. Previously, he was director of operations for American Ambulance Services and director of the American Professional Educational Services health school in Connecticut for three years.

He began his public safety service as a volunteer first responder in the Pilot Mountain Volunteer Rescue Squad in 1989. He served as a volunteer chief and paramedic in Virginia from 1996-2007 and a volunteer firefighter and emergency medical technician (EMT) in Connecticut from 2014-2019.

From 1990-2016 Hudley was a U.S. Navy Command Master Chief and was responsible for approximately 2,000 people in seven schoolhouses around the world delivering training to approximately 15,000 sailors for the U.S. submarine fleet supporting various presidential and fleet commander missions worldwide.

Hundley emerged as the top candidate after Forsyth County conducted a nationwide search. As Emergency Services director, he will oversee the county’s Emergency Medical Services (EMS), Fire Service, and 911 Communications divisions. He will succeed Daren Ziglar, who passed away in August. Hundley will begin his began his new position on Dec. 12.

“I am both honored and humbled to be selected to serve the citizens of Forsyth County as the next emergency services director,” Hundley said. “I understand the shoes to fill are large, and I look forward to working with the team of dedicated public servants, both career and volunteer, to build upon the successes while also meeting the demands and challenges that lie ahead.“