File photo A view of the 246-acre farm property in western Forsyth County along the banks of the Yadkin River that was recently purchased by the state and will be called “Shallow Ford State Historic Site.”

File photo A view of the 246-acre farm property in western Forsyth County along the banks of the Yadkin River that was recently purchased by the state and will be called “Shallow Ford State Historic Site.” 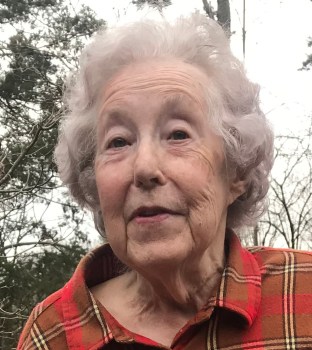 What Jean Messick always called the “farm” — a picturesque 246-acre historic tract along the Yadkin River — now has a new name. Thanks to the generosity of Jean and her husband, what used to be home is in the process of becoming a park to officially be called “Shallow Ford State
Historic Site.”
Yes, the spot where Jim and Jean Messick lived from 1956 to 1961 and even spent their honeymoon night, when they moved into a house along Williams Road on the property owned at that time by Jim’s dad… It will transition to being a state park on the same location where the Patriots claimed an important victory in 1780 that was considered one of the turning points of the Revolutionary War and where Lord Cornwallis crossed with his army in 1781.
This was made possible when the Messicks, who purchased the property in 1981, made the decision to transfer it to the Winston-Salem Foundation via a gift deed in 1997. Jim, who was a grocery buyer for over 40 years for J.G. Messick & Sons, parent company of Food Fair, passed away in 2014.
The ultimate goal was to make sure the site was preserved as a farm or historic site and set up the foundation deal with the eventual sale  establishing an endowment to support multiple local and national charities.
However, there were many twists and turns in recent years involving the property with others playing vital roles before the Conversation Fund, which works with public, private and nonprofit partners to protect America’s legacy of land and water resources while achieving environmental and economic outcomes, purchased the land nearly two years ago.
“Through the help of many contributors, the Conservation Fund acquired the property in December 2020,” said Scott Douglas, historic site manager with the Division of State Historic Sites in Fort Dobbs. “Their drive to obtain the vulnerable property was spurred by the approaching 250th anniversary of the American Revolution and a desire to preserve a tangible reminder of that important national milestone.”
With funds appropriated from the General Assembly and a grant from the North Carolina Land and Water Fund, the State of North Carolina purchased the Yadkin River property from the Conservation Fund in September.
Douglas said that a small deed transfer ceremony for stakeholders and representatives is scheduled at the site on Dec. 13 with tentative plans for a public event in the spring.

He added that no firm date for a public opening has been set, but much of the work is anticipated to be completed over the course of 2023.
• • • • •
Jean Messick said that her father-in-law bought pieces of property in the area around 1950 and at one time owned about 1,000 acres out on the farm.

“The farm belonged to my father-in-law, and when he died, I told my husband, ‘well let’s go get a loan because now is the only time you’ll have a chance to get the farm,’ ” said Messick, who has maintained a home in Lewisville off of Conrad Church Road for more than 40 years. “His
attorneys took it over, and then we bought it from them in 1981. It was part of his estate.”

The 246 acres were part of seven tracts in the Shallowford and Williams roads areas of the county bordering the river at the Shallow Ford.
The property, which is located off U.S. 421 near Huntsville on Shallowford Road between Lewisville and Yadkinville, 20 minutes from downtown Winston-Salem, stretches some 4,000 feet along the Yadkin River encompassing both bottom land along the river and upland property above the floodplain.
Long before the Conversation Fund got involved, many things had to fall into place, including the behind-the-scenes work of Andy Kelly, who became a Sons of the American Revolution member in 2017 and attended the Battle of Shallowford commemoration that year.
“After the commemoration, I had the inspiration to try and preserve some of the land in the area since it seemed to be in the same condition as during the American Revolution,” said Kelly, who started doing research and talking to the key players.
The list included representatives of the foundation, leading to meeting with Merrikay Brown of the Lewisville Historical Foundation and then with Jean Messick, a longtime member of the group who had stated a preference in preserving the land and had done something toward doing that when they had put the rights over to the Winston-Salem Foundation.
“Jean also liked the idea, so she put us in contact with her attorney,” Kelly said.  “Her attorney talked with Jean and the Winston-Salem Foundation, and they decided they liked the idea of preserving the property rather than having it developed and would consider an offer if we could come up with the money.”
After being told that a state park was “near impossible” and that Forsyth County couldn’t fund a full purchase price, Kelly met Mike Leonard at an unrelated event in March 2018 and actually talked about the Shallow Ford.
“I learned later that Mike was chairman of the Conservation Fund, so I contacted him and asked if The Conservation Fund could help with the funding,” Kelly said. “It was February 2019, and Mike jumped on the idea. From there, the Conservation Fund used their revolving account to
purchase the property and placed a conservation easement on it.
“Mike then raised some private funding and approached the State of North Carolina for the balance of the required funding. It was approved by the N.C. General Assembly and the state took ownership Sept. 26, 2022.”
• • • • •
This brings us to the most recent developments, where the state acquired the property for a final purchase price of $2.17 million.
Douglas pointed out that this was funded in part by $1.8 million that was appropriated by the legislature.
“The balance of the purchase, along with additional funds to help with planning and improvements, came from a $1.2 million grant from the N.C. Clean Land and Water Fund,” he said.
When asked about her reaction to the transfer of the property to state ownership, Jean Messick said with a laugh: “Well, I’ll tell you, everybody thinks I got the money.”
In some of the earlier discussions regarding a possible park, it was mentioned that the site, with public access, could be a great location for camping, fishing, boating, etc.
Besides the basic visitor amenities, including a gated parking lot, utilities, restroom facility and shelter along with trails and interpretive waysides, Douglas said: “Discussions as to what amenities will be installed at the site have included input from various stakeholders, including the Yadkin River Keeper and the Conservation Fund, as well as both State Parks and Historic Sites (both divisions within the Department of Natural and Cultural Resources). Final plans will ultimately be the purview of the Division of State Historic Sites.
“We will be working through the course of 2023 to finalize designs and begin work on physical improvements to the site in anticipation of opening to the public in 2024. At present, there are no plans for camping or a kayak/canoe pull out. Besides parking, trails and some sort of restroom, we do also plan to explore some sort of picnic facilities.”
Douglas added that the State Historic Sites staff, primarily based at Fort Dobbs in Statesville, will oversee the site, and although daily operations have yet to be finalized, staff members will conduct basic maintenance and oversight on a daily basis with occasional educational talks/programs offered.
“As it happens, I myself live in Winston-Salem and expect to be at Shallow Ford quite a bit,” Douglas said.
Jean Messick didn’t know about any of the state’s plans for the park.
“I would hope there would be some bluebird houses and a few flowers out there,” she said of the old farm property. “That would be nice.”
So is preserving the property … and all of those previous memories of the “farm.”