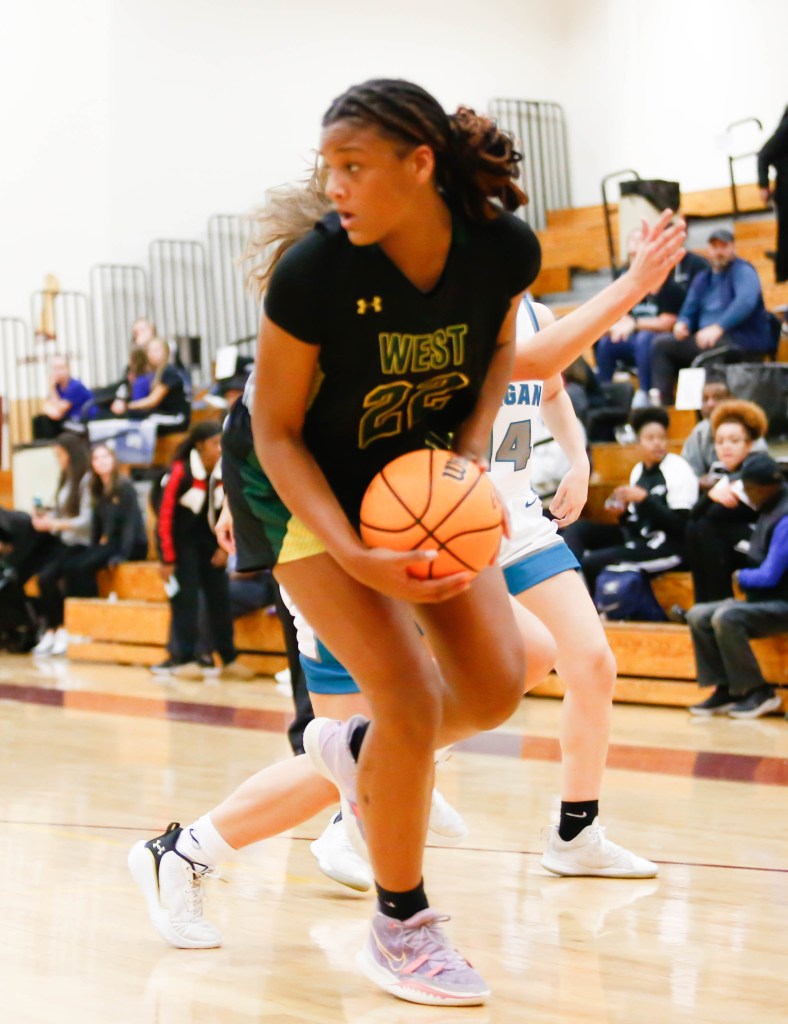 The West Forsyth girls basketball beat Reagan 40-29 to win their season opener in the opening round of the Mary Garber Holiday Classic Saturday.
The Titans are seeded No. 7 in the Bell Davis Pitt bracket of the tournament and upended the No. 2 Raiders.
Freshman Jeanna Baskerville led the way for the Titans with a game-high 13 points. Campbell McClain added eight points and Emma Staples and Brooklyn King added six points apiece in the win.
West played No. 3 Reynolds in the semifinals on Monday and depending on the result, played in the consolation game or championship game on Wednesday.
The Courier went to press Monday afternoon, so look for results on the Titans’ other two games in the tournament on our website.