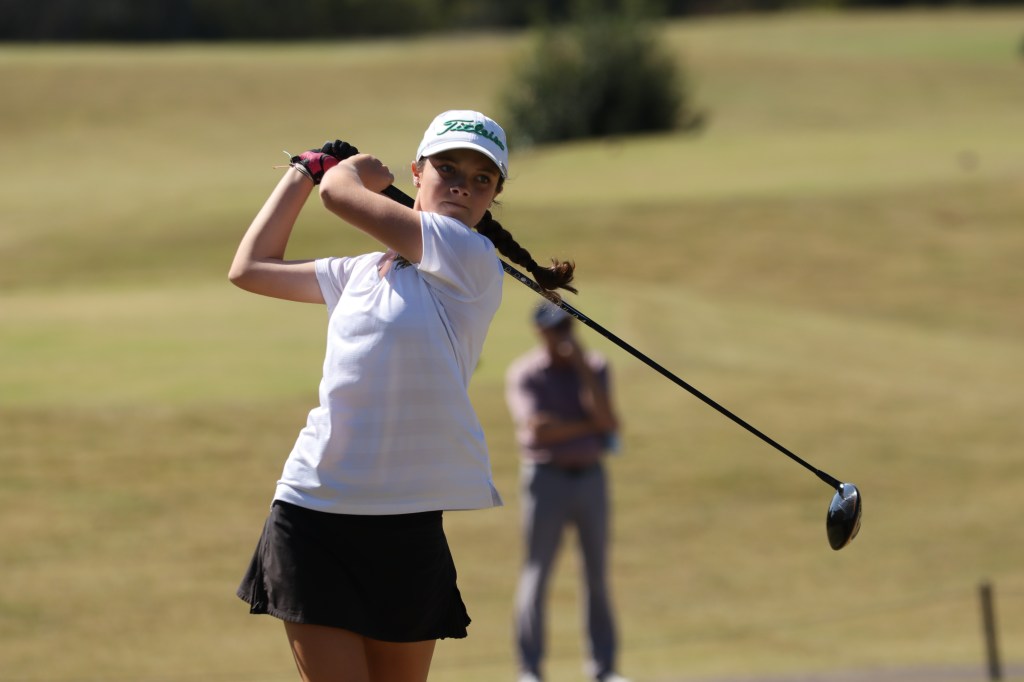 Jude Pattisall photo Mary-Paige King won the season-long Central Piedmont 4-A Conference Championship by seven shots and was the player of the year.

King, McEachran were players of the year; Walwik is coach of the year in girls golf

The fall sports season just concluded, so that means it’s time for the announcement of the all-conference teams in the Central Piedmont 4-A.
West Forsyth is well represented in all of the fall sports with two players of the year — Mary-Paige King in girls golf and Sam McEachran in girls tennis. Also, Coach Bill Walwik of the girls golf team was named coach of the year. 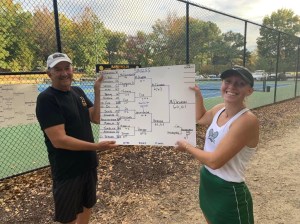 Samantha McEachran is all smiles after winning her third straight Central Piedmont 4-A singles championship. 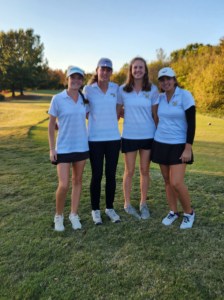 Other than McEachran in girls tennis, Vivian Do also made all-conference for the Titans.

The West Forsyth football team placed seven players on the all-conference team after making a trip to the first round of the NCHSAA 4-A playoffs. It was also the final season for Coach Adrian Snow, who resigned after the season after coaching the Titans for the past 15 years.
The Titans were led on offense by dynamic running back Caman Chaplin, offensive linemen Ethan Krebs and Desmond Jackson, and kicker Alejandro Morillon, who was named kicker of the year.
On defense, the Titans had three players make it — defensive lineman J.D. LeGrant, linebacker Caleb David and defensive back Marcus Wilson. 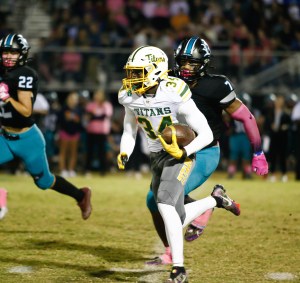 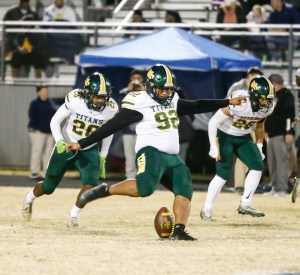 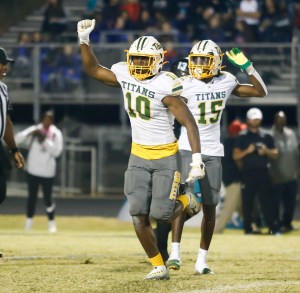 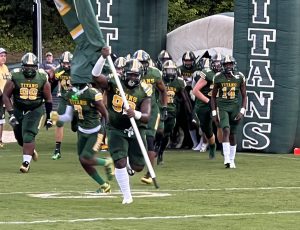 The boys soccer team, coached by Jeffrey Williams, finished 10-10-4 and 9-5 in the conference, finishing third behind Reynolds and East Forsyth. West Forsyth lost in the first round of the NCHSAA Class 4-A playoffs to Asheville Roberson.
The Titans had four players make all-conference in boys soccer: Nolan Terlecki, Josh Brown, Haegen Paschold and Abiel Lopez. 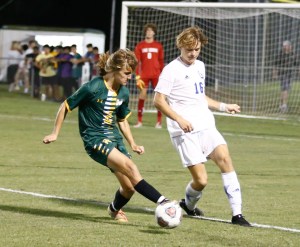 The volleyball team finished 18-10 overall and 9-5 in the conference under Coach Lauren Gillon. The Titans had three players make all conference — Kayla Kozak, Kennedy Weber and Emily Richards. 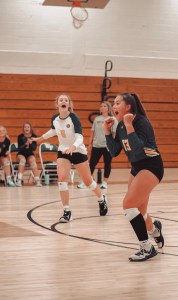 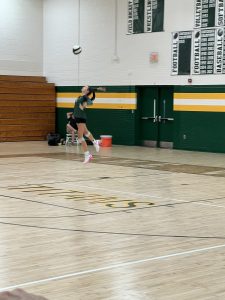 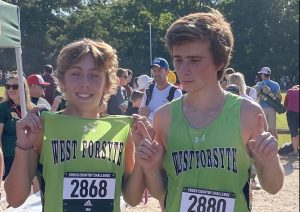 Greta Haggstrom photo
Brandt Doty (left) and Wesley Haggstrom both broke the West Forsyth school record this season and were named to the all-conference team.

The girls cross country team fared even better. The Titans have five runners who made the team — Lulu Serang, Abby Reutinger, Sophie Cowart, and sisters Tenley and Lillian Douglass.