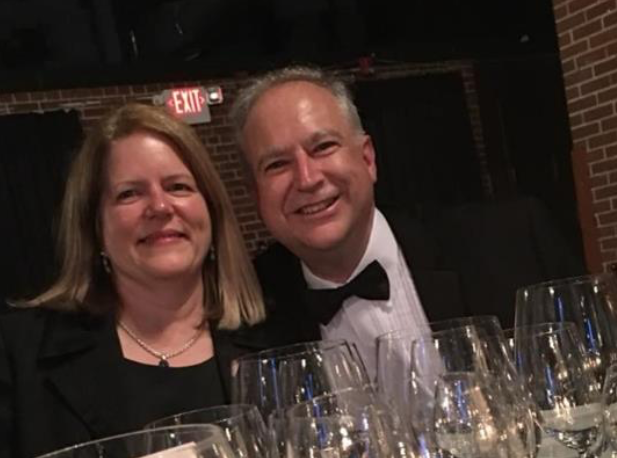 Dan and Cathy McLaughlin were raised in very different places as children but found many commonalities that would bring them together. Dan spent his childhood in a small town in Massachusetts and Cathy was born in Montreal, Canada. “My family moved to the Durham area when I was a senior in high school,” Cathy said. “At that age it was tough, but I’m glad it happened because I got to see how great North Carolina was and ultimately went to college at North Carolina State University. I initially started studying biology, but realized it wasn’t a good fit for me when we started dissecting things. I switched to business and economics.”
Dan went to Saint Anselm in Manchester, New Hampshire, to study computer science and Spanish.
“I studied abroad in Spain and absolutely loved it,” he said. “I enjoyed traveling, experiencing new cultures and finding places that were off the beaten path, but treasures to that specific community.”

Cathy was also raised to appreciate travel and stepping outside of her comfort zone. “My grandparents traveled the world when we were younger. I remember going to Japan for Christmas because they were living there and getting to see different places was exhilarating for me,” she said.

After graduating from college, both Dan and Cathy started careers in the corporate world. “We met in Kansas City, Missouri, when we were both working in the insurance industry. I was handling regulations and compliance. Dan was on the information technology (IT) side of the National Association of Insurance Commissioners (NAIC). We were married a couple of years after we first met and realized how much we had in common,” Cathy said.

“We are both very driven people and took our careers very seriously. Dan and I on average were working 60-80-hour work weeks. We decided that if we were going to work that hard, then we wanted to love what we did,” Cathy said.
“At this point in time we had moved to back to North Carolina because of Dan’s job. And in 2015, we just went for it. We left our stable jobs and started our own business in 2015.”
One of the perks of their love for travel was that both Cathy and Dan loved tasting and discovering new wines.
“We started ‘Our Wine Flights’ which helps people to discover destinations for quality wine. We’ve worked with over 200 vineyards and wineries to help with their marketing, telling their stories, and helping customers find locations that will take them off the beaten path to discover well-crafted wines,” Dan said.

Their passion for helping their home state inspired them to create the toughest state wine competition in the country. The Fine Wines of NC wine competition only allows wines grown and vinified in the state of North Carolina to be eligible. “The judges don’t know the wines being tasted and are also not allowed to discuss the wines until after they are scored,” Cathay said. Helping better the wine industries in the state of North Carolina in its seventh year of competition has placed two wineries in the top 10 of the country according to USA Today’s most recent poll.

“We learned a lot about the process that went into these wineries,” Cathy said. “We were invited to attend a dean’s forum at Wake Forest University in 2019 about the muscadine grape. We were fascinated about the research we learned that yielded promising results of the natural extract from the muscadine grape skins and seeds and combating cancer. We began meeting with researchers over the next three years to see how their cancer research was progressing. In one way or another, we’ve all been affected by cancer. Whether it is a family member, friend or a partner. Thus, our decision to create a documentary, ‘Our Healthy Hope’ took flight.”

During that time both Cathy and Dan documented what renowned researchers from Wake Forest University, North Carolina State University, Morgan State University, Howard University and Johns Hopkins University discovered.
“The research team’s hopefulness really ignited a passion in us over the two years it took us to create the documentary. We learned that funding was running low. We hoped that this informational piece would provide knowledge to the community to help continue the great work done by these researchers and more,” Cathy said. “We also hope to also get the word out to others about this natural product that seems to be extremely helpful in containing cancer and stopping metastatic growth.”

Dan and Cathy have been part of various film festivals including the River Run Film Festival in Winston-Salem, Amelia Island Film Festival in Florida, and Northern Virginia Film Festival. After featuring “Our Healthy Hope” they have been awarded a handful of best documentary awards in 2022 which demonstrates the impact they have made thus far on their journey.
“We’ve been asked what types of cancer it can help. One of the researchers, Dr. Patricia Gallagher, said that almost every type of cancer they’ve thrown at it has responded in the similar way. It’s all very exciting, and why we want to see this research continued,” Dan said. “There is a lot to learn but our goal is to keep the conversation going. If anyone wants to learn more, because there is a lot of relevant information, you can view the documentary available at www.OurHealthyHope.com.”