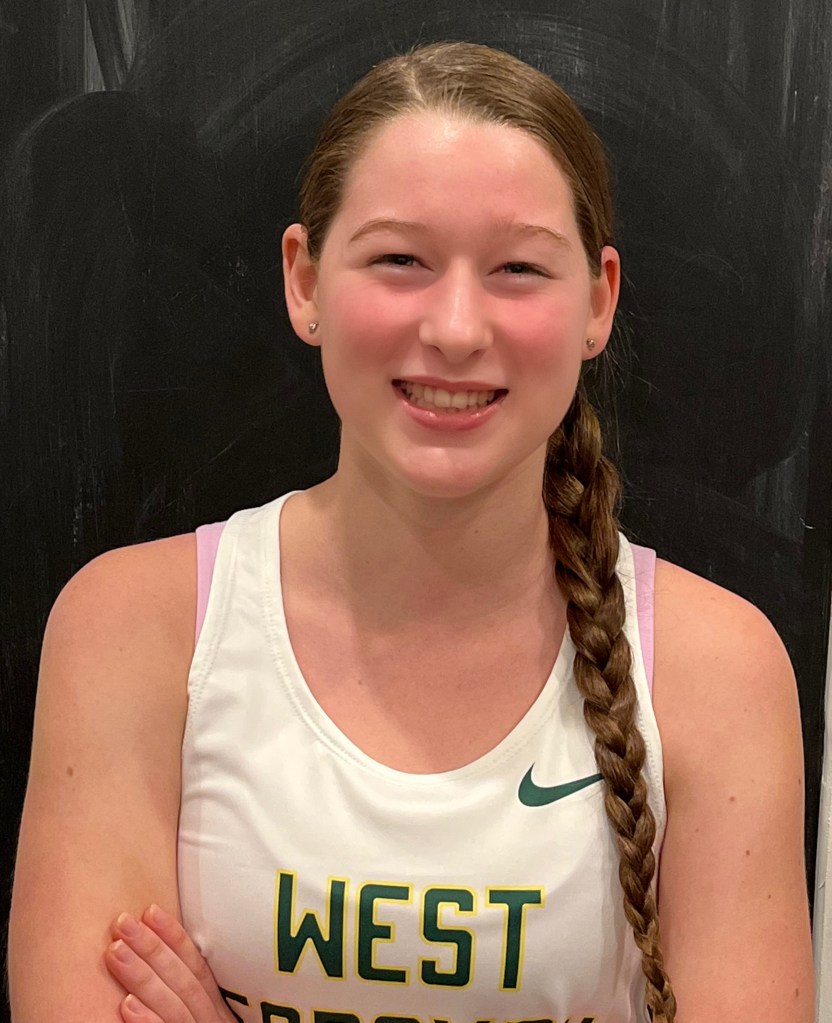 As a younger member of the West Forsyth girls cross-country team, sophomore LuLu Serang still assumed a leadership position.
Serang was consistently the No. 1 runner on the team. She set a personal record of 19:11 at the Adidas XC Challenge meet, a favorite of the team because of the opportunity for success on a faster course.
Though she set her personal record at the Adidas XC Challenge meet in Cary, she said that the highlight of the trip was the night before the race.
“The Adidas meet was really good this year. We had dinner in the hotel conference room and then we went outside and watched the West football game on someone’s phone, all circled around looking at it,” Serang said.
At the NCHSAA 4-A State Championship in November, she finished first for the team and was the only member of the team to finish under 20 minutes with a time of 19:44 at Ivey Redmond Sports Complex in Kernersville, a course well known for its difficulty.
Though she had a successful season, it got off to a rocky start. Early on, she had to miss two weeks of training because of a bruised hamstring.
“I got injured really early in the season and thought that I wouldn’t have a good season, and I had to work through that injury and try to stay positive, which was hard,” Serang said.
But, returning for her second year, she knew what to expect and was able to influence other runners.
“Last year I would get really nervous before meets, but I wasn’t like that this year. I’m a lot more confident and I was able to encourage people more because I knew what was going to happen,” Serang said.
She believes that friendship and good chemistry among the team was key to their success in both training and meets. The girls were able to establish a pack mentality and often finished meets with a tight spread.
“The girls and guys teams were both really close this year, but the girls team was also very, very close time-wise this year,” Serang said.
Serang planned events outside of practice to bring runners together. One of these events included carrying on the tradition of having team pasta dinners together the night before a race.
“How close the girls and guys teams got this year was a big thing for me because you have more people to rely on and pasta dinners were huge,” Serang said.
Serang still has two more years to make her mark in year-round running at West and, equally important, fun memories to make on and off the course. With a positive attitude and an unyielding work ethic, it’s no surprise that she’s been able to achieve so much as only a sophomore.
“LuLu is always super enthusiastic about running whether it be practice or a race and is constantly striving to be her best,” senior captain Tenley Douglass said.