More than a whiteboard 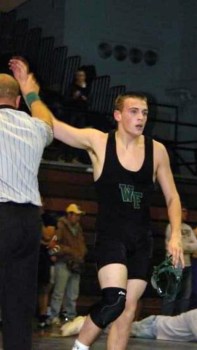 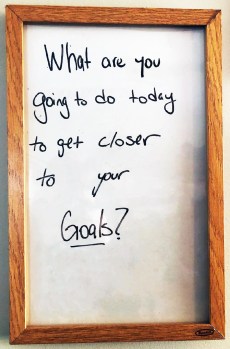 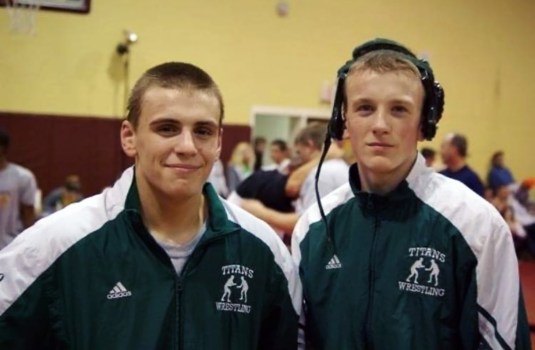 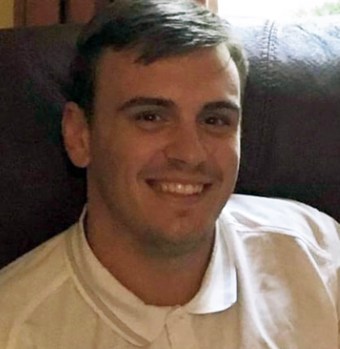 By Sandi Scannelli and John Dunn

“What are you going to do today to get closer to your goals?”

This question, found written on a whiteboard in the bedroom of Timothy Mathew Dunn, gives us a glimpse into the life of this young man. Tim Dunn, at only 31, passed away unexpectedly on Oct. 4, 2022 from an undetected aneurysm. A tragedy to lose anyone so young and made more difficult with Tim because of his impactful influence that inspired all those who knew him — from his wrestling team at West Forsyth and college to his clients and colleagues when working as an associate financial adviser with Northwestern Mutual. His many friends became additional family members.

Tim’s father, John Dunn, authored his son’s story:
“Tim was born in Long Island New York on Feb. 21, 1991, the middle child of three boys. He started wrestling at the age of 5. All the boys wrestled. Tim loved football, baseball and wrestling and was a standout in all sports. His personality was one of laughter, hard work and fun. He did everything with the intent of being the best he could be. Tim especially excelled in wrestling and as he got older, he even started to assist in the kids wrestling program (ages 5-12) to give back to the program. We moved to North Carolina in 2007 where he immediately joined West Forsyth wrestling in his junior year. Tim’s sense of team and dedication was clearly exhibited in his ability to motivate himself and others.
Tim was a leader and as good leaders do, he led by example. He played hard and worked hard. He won many matches and qualified for the 4-A state tournament. Tim graduated from West Forsyth in 2009 and attended UNC-Pembroke where he continued wrestling. His college coaches and teammates said that his humor, work ethic and dedication shined and he was a motivator. He continued as an assistant coach at West Forsyth during and after college where he was part of two state championship teams.
The best aspects of wrestling were woven into Tim’s personal and professional life. Hard work, dedication and the concept of team as well as individual accountability towards his life’s goals, were key attributes of his personality. A natural leader, Tim was a member and past president of the Pi Kappa Alpha (PIKE) fraternity. He graduated and pursued a career in financial planning where again his personality and work ethic propelled him into a key role for his company. His colleagues said he was the hub that kept things moving and they all relied upon him to get things done and done right the first time.
He could be a real ‘cut-up’ and in a good way, not mean but as funny as you could find. His passion for the New York Jets and New York Yankees was beyond compare. His friends said it was Tim who brought a large group of close-knit friends from both high school and college together to now become friends for life. He cared about other people. As one example, at only 16 years old, he signed up to be an organ donor because he wanted to help others live to continue their life dreams.
Tim loved his family most of all — parents, grandparents, brothers (also wrestlers), nieces and nephew. He was beloved by everyone who met him. Tim left behind a legacy of family and friends that will carry on his dreams in their lives.
When Tim passed, his mother and I wanted to ensure that his name and more importantly his legacy of hard work, dedication and love of family is never forgotten by starting the Timothy Mathew Dunn Memorial Scholarship. Please honor him by ‘Living Like Tim’.”

The new scholarship for wrestlers at West Forsyth and team-support members reflects the program that helped shape who Tim became. It also reflects the heart and practice of the Dunn family, namely to invest in and support those around you. The scholarship recipient is likely to not only receive a financial scholarship, but the ongoing support and care of Tim’s parents, John and Catherine, and the crowd of friends and family that Tim encouraged and inspired during his too-short, yet impactful life. For all of us, “Living like Tim” means living each day with purpose, dedication and with joy while always caring for others. It was Tim’s whiteboard for life.

For information about the Timothy M. Dunn Memorial Scholarship, contact Greg Keener, program officer of the Shallow Ford Foundation at greg@shallowfordfoundation.org or 336-663-6794.