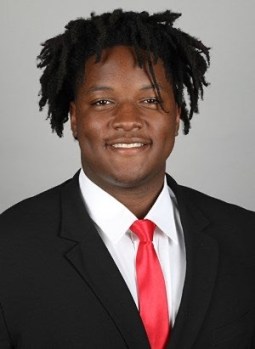 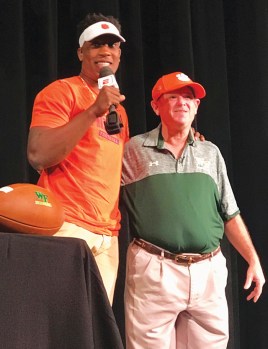 KJ Henry declared for the NFL Draft after spending five seasons with Clemson.

It was a banner week for several former standout members of the West Forsyth football team.
Jared Wilson, an offensive lineman who graduated in 2021, will get to put another national championship ring on one of his fingers after the Georgia Bulldogs beat TCU Monday night to win their second straight CFP title.
Wilson, a redshirt freshman, got to play during two series in the fourth quarter.
Ja’Quan McMillian, a defensive back who graduated in 2019, made his NFL debut on Sunday in the Denver Broncos’ 31-28 win against the Los Angeles Chargers.
McMillian, who went on to a stellar career at East Carolina, recorded six solo tackles and assisted on another, and also returned an interception for a touchdown that was eventually called back after being ruled incomplete.
McMillian had been on the Broncos’ practice squad all season and was elevated to the game-day roster for the season finale.
And K.J. Henry, who graduated in 2018 and attended Clemson, declared for the NFL Draft last week.
Henry was a captain and five-year force on the defensive line for the Tigers. He recorded 149 tackles, 13.5 sacks and two forced fumbles during his career. Henry earned his bachelor’s degree in sports communication and a master’s in athletic leadership.