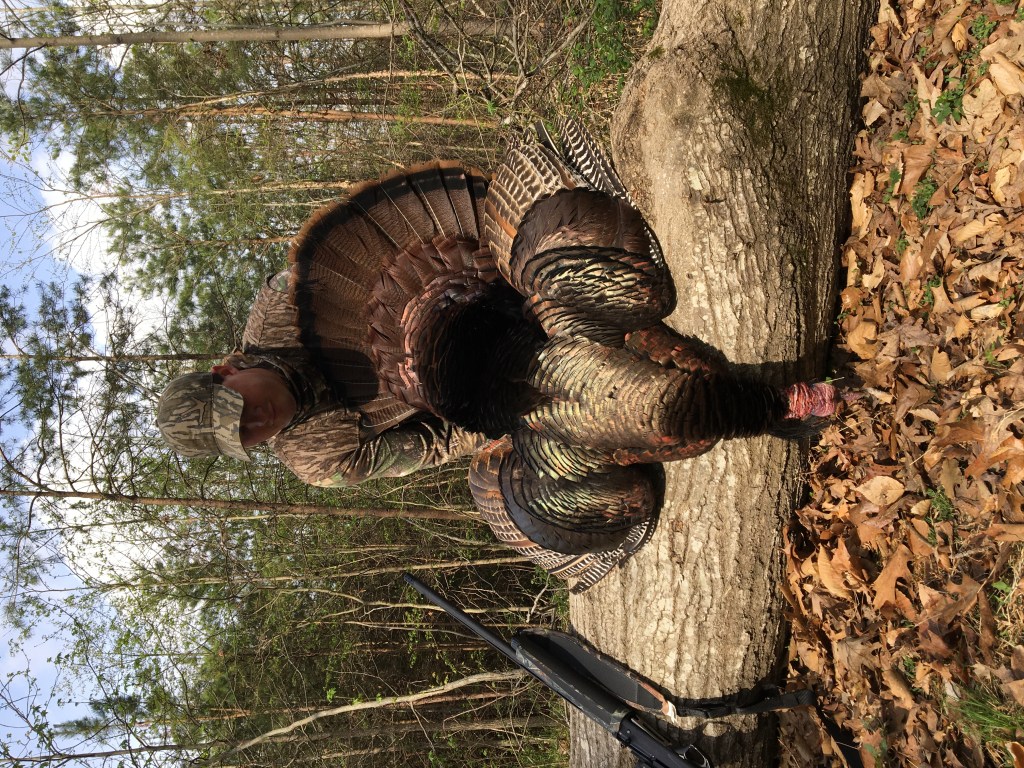 Turkey hunters across North Carolina got some good news from the N.C. Wildlife Resources Commission: the statewide flock is in good shape, especially after a reasonably good hatch this past spring.

Hannah Plumpton, the commission’s upland game bird biologist, published a report on turkey reproductive success for 2022, and the numbers, while not great, were promising.

“We’ve been holding steady on harvest numbers and reproduction numbers the past few years, and that shows me that our turkey population is stable,” Plumpton said.

That’s a boast that not too many states across the Southeast can make, maybe none, with turkey flocks and harvests in the region generally on a downward turn the past half-dozen years.

Plumpton and the commission set up observers afield to note how many turkeys they saw from July 1-Aug. 1, 2022, also noting whether they were mature gobblers, mature hens or poults — which are generally hatched from late May to early June. Observers were sent out in all 100 counties; for instance, 61 observers were in Forsyth County, 24 in Davie County, 45 in Rowan County and 41 in Stanly County.

Over the two-month period, the 2,849 observers recorded 10,908 observations, including a total of 64,559 wild turkeys — a big increase over the 2021 brood survey. The highest numbers came from the coastal region, followed closely by the Piedmont, with the mountain region bringing up the rear.

The overall numbers are less important than the particulars: how many hens were observed with broods of poults, and how many poults were in the average brood. The statewide numbers were 43% of hens with poults, an average of 3.4 poults per brood, for an overall productivity of 1.6 poults per hen. A ratio of two poults per hen is considered a very good number — the kind North Carolina had every year in the 1980s and 1990s when the state’s flock was exploding thanks to trapping and stocking of birds across North Carolina.

“Productivity was pretty consistent across the state, with a very slight edge in the coastal region,” Plumpton said. “We were slightly below the 10-year average, with a pretty average hatch.”

Another number biologists look closely at is the number of gobblers observed compared to hens. A ratio of one gobbler for two hens is considered a workable number — any lower and gobblers need some protection. Plumpton’s numbers come to .51 gobblers per hen: .55 in the coastal region, .48 in the Piedmont and .47 in the mountains.

The N.C. Wildlife Resources Commission has a public hearing scheduled for tonight at 7 p.m. in Asheboro to hear comments on proposed changes to hunting, fishing and trapping regulations for 2023-24.

The public hearing will be at the Old Asheboro Courthouse at 145 Worth St. Three public hearings are scheduled in different regions around North Carolina to accept public comments in person. Comments can also be made via email through Jan. 30; the address is regulations@ncwildlife.org. They can also be made through regular mail at “Rulemaking Coordinator, N.C. Wildlife Resources Commission, 1701 Mail Service Center, Raleigh, N.C., 27699-1701.

For information on proposed regulation changes, go to www.ncwildlife.org/proposed-regulations.