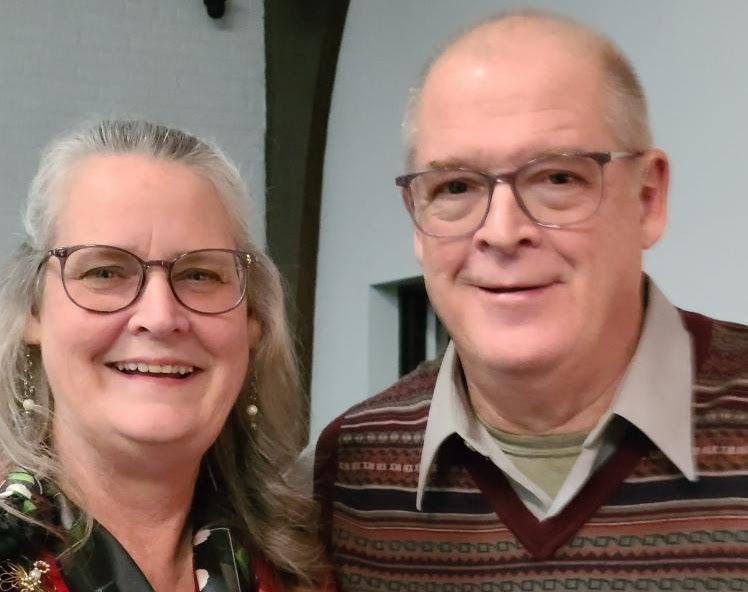 Wayne Phelps and his wife, Jane

Wayne Phelps was born and raised in Clemmons. “I grew up off Hampton Road past the mill,” Phelps said. “I remember riding my bike from my house down to the interstate when it was safe to do so as a kid. That’s how I remember spending my time as a child. I was either playing outside in the woods or playing softball for my church league. Our family was always very active in our church for as long as I can remember.”

Phelps had a special experience when he was 13 years old that stayed with him. “I remember one Sunday listening to an evangelist who came to our church. It was one of those churches that had one little room where everyone came together. He asked us to consider what it would be like if the Lord came back, and you were left behind. I realized then and there I wasn’t right with the Lord and to do better by getting saved. I got right with the Lord at that moment in time. And I’m now grateful he’s been putting up with me all these years,” Phelps said with a laugh.

The teenager continued on his journey with his faith as he graduated from West Forsyth High School. “Because of how much I loved Clemmons, I chose to stay here and begin working after graduation. I had always worked as a kid during summers and after school,” Phelps said. “I started working for a grocery store 60 hours a week and became the assistant manager. It was a high-pressure job with long hours. Safety was an issue too, so when I was offered a position at AMP Inc. (now Tyco International) I took it.” Phelps enjoyed the complexity of his new job that challenged him.

During his 42 years at Tyco, Phelps remained committed to his faith. “I met my wife, Jane, at church. She actually was a West Forsyth graduate too, and just one year behind me grade-wise. It was one of those things where you just know,” Phelps says of their meeting each other and deciding to get married. Phelps was also grateful for the stepchildren that came into his life, David (38) and Miranda (35). “When the grandchildren were born it was everything,” Phelps said. The grandfather of four to Carter (8), Jake (7), Dylan (4) and Kate (4 months) relished in the profound joy and meaning they have brought to both he and Jane’s life.

“It was after having grandchildren and the multiple mission trips that I had taken with my church that led me to publish a book of poems and short stories called “Pieces of my Heart.” Taking mission trips to Peru and Jamaica, a lot of things stuck with me that I wanted to relay. The first trip was a medical trip to help, and the second one was a building and construction trip to help the people there. Seeing a third-world country with your own eyes is life changing. There was no water or power, so much of what I was given in my life that I took for granted was humbling. One of my poems called “Compassion” really speaks to how it changed me inside from it. I wanted to do everything within my means and power to help others. The Lord blessed me every time I’ve gone on a trip. He’s given me something I can hold onto every time I’ve come back,” Phelps said.

“Along with the impact of the mission trips I took, some of the content is from the past 35 years of my life. Some of the poems and short stories are from less than a year ago. Most of the poems were written in the last 10 years though. I also wanted to honor my mother’s memory. She was a kind, compassionate, selfless and caring woman,” Phelps said.
One theme is integral in Phelp’s book — the importance of faith and family.
“I never thought about writing a book. I posted a couple of things, and people at church told me to put them in a book,” Phelps said.
With Jane’s encouragement, Phelps rose to the occasion and published his book through Empire Publishing. “Jane is my biggest fan. She keeps me straight. The book wouldn’t be the book without her,” Phelps said. “It was never about money. It’s about hoping that something I did would help someone else or touch them in a way that was impactful.”