It’s been four years since Clemmons added any deputies to its compliment of staffing through the Forsyth County Sheriff’s Department. But after hearing from Chief Deputy Brad Stanley in Monday night’s Clemmons Village Council meeting, it may be time to add more.

Stanley was on hand to discuss Forsyth County’s proposed $1.26 million annual contract with Clemmons for the 2016-17 fiscal year, which represents a 5 percent increase over last year – primarily for the extra compensation in raising starting pay to $36,244 in 2016 from $32,500 in 2015. Stanley also presented a law enforcement data review showing a significant increase in calls for service over recent years.

For example, there were 6,100 calls for service in 2012 in Clemmons but a whopping 13,000 calls for service in 2016. “That’s a dramatic increase over this time period,” said Stanley, who added calls for service throughout the county rose from 57,000 in 2014 to 76,000 in 2016. However, Stanley said that highest concentration of call density for the Forsyth County Sheriff’s Department is right in the heart of Clemmons. A common measure to evaluate patrol staffing is the number of officers per 1,000 in population, according to Stanley. For a population for a city in the United States of 10,000 to 25,000, such as Clemmons, the average is 1.8 officers per 1,000 overall but 2.23 officers in the South.

“In Clemmons today, it would be 0.61 officers, but you don’t handle all your calls for service, and combine that with 0.8 officers for the county, and add those two together and you’re at 1.41, which is about one officer below the standard for the South,” Stanley said. “That’s just statistical information.” Clemmons added two deputies in 2013 under the Mini-Cops Program, where the Village only had to pay about a third of the cost for each new officer for the first three years of the contract before paying the full salary in the fourth year. After adding those two deputies four years ago, response times for Priority P calls (blue light and siren runs) dropped from 4.4 minutes in 2012 to 3.9 minutes in 2013 and has remained steady since then for Clemmons cars, which typically handle 60 to 70 percent of the local calls.

However, Stanley said that average responses overall have increased because the Sheriff’s Department handles the other 30 percent to 40 percent of the calls in Clemmons. In 2016, the Sheriff’s Department response times were 5.5 minutes for Priority P calls because of the increase in volume. “If you take 20,000 more calls over the course of year, something has to give if you haven’t added personnel,” said Stanley, who added the Sheriff’s Department is currently 21 positions short of being fully staffed but hopes the increase in starting salary will help in that area. As for Clemmons, he said the Village could consider adding a uniform corporal or an investigator through the Mini-Cops program and pay between $31,000 to $34,600 in the first year, depending on the position, rising a modest $1,500 or so over the next two years before paying the full price in the fourth year.

That would ultimately mean $90,000 a year for an investigator (to possibly handle Part 1 crimes and more serious criminal activity) or $107,000 for a corporal (another call taker who would provide more visibility and help reduce response times but comes with a higher price tag because of the extra equipment).

If Clemmons chose either option, that reduced first-year salary through the Mini-Cops Program would be added to cost of the annual contract. Village Manager Scott Buffkin said that the staff intended for the Sheriff’s Department contract discussion to be on the agenda in two weeks but had the discussion because Stanley was available Monday night.

However, he didn’t expect action on the contract. “I don’t see the urgency to approve it tonight,” councilman Mike Rogers said. “We can do it at the next meeting, and that will give us time to think about it and if there are any questions anyone might have.”

• Approved a resolution opposing House Bill 310 Wireless Communication Infrastructure Siting, stating the Council urges state legislators to oppose any proposed legislation that would preempt local zoning and other regulatory authority of N.C. municipalities with respect to small cell wireless facilities and related equipment in the public right of way and on public properties.

• Approved a resolution declaring May 2017 as Historic Preservation Month and heard about all the work being done by the Clemmons Historical Society from David Hauser, who is president of the group.

• Called for a public hearing of Zoning Map Amendment for Tony Smith – Zoning Docket C-220. • Heard from Mike Gunnell, public works director, regarding bid proposals for the wash bay at the Public Works Facility. He said that the most recent bids were above the current budget price, and he wanted to see if he could work to reduce costs at this time.

• Heard from Shannon Ford in her marketing report. She reminded everyone that the Spring Community Clean Up will be on Saturday from 8 a.m. to noon and Movie Night in the Village will be at dusk that night at the Jerry Long YMCA. The movie will be Disney Moana. She added that the Farmer’s Market will start another year on Saturday, May 6, at 8:30 a.m. at Village Hall.

• Also heard from Stanley about National Law Enforcement Memorial Week coming up, and that the Forsyth County service recognizing law enforcements officers is scheduled in Clemmons on May 9 at 11 a.m. at Center Grove Baptist Church.

• Heard from councilwoman Mary Cameron, who said she got a call recently from Novant Health asking for help with a historical timeline for the Village to go into the hospital when the new bed wing opens. A group was put together to pull together information and photos for a wall that Cameron said would be 20 feet long and 5 feet tall.

• Heard that Chick-fil-A is projecting to open its new restaurant on Lewisville-Clemmons Road around the first week in June.

• Had a budget workshop before the regular meeting. The tax rate will remain unchanged at 11.5 cents per $100 of property tax value. 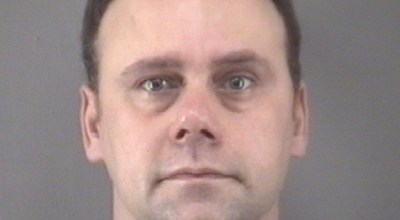 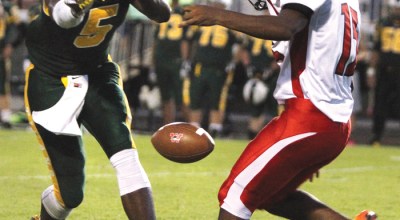 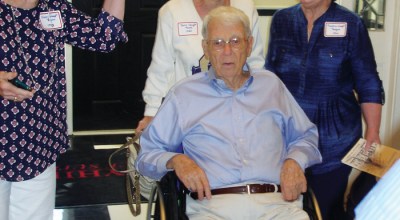