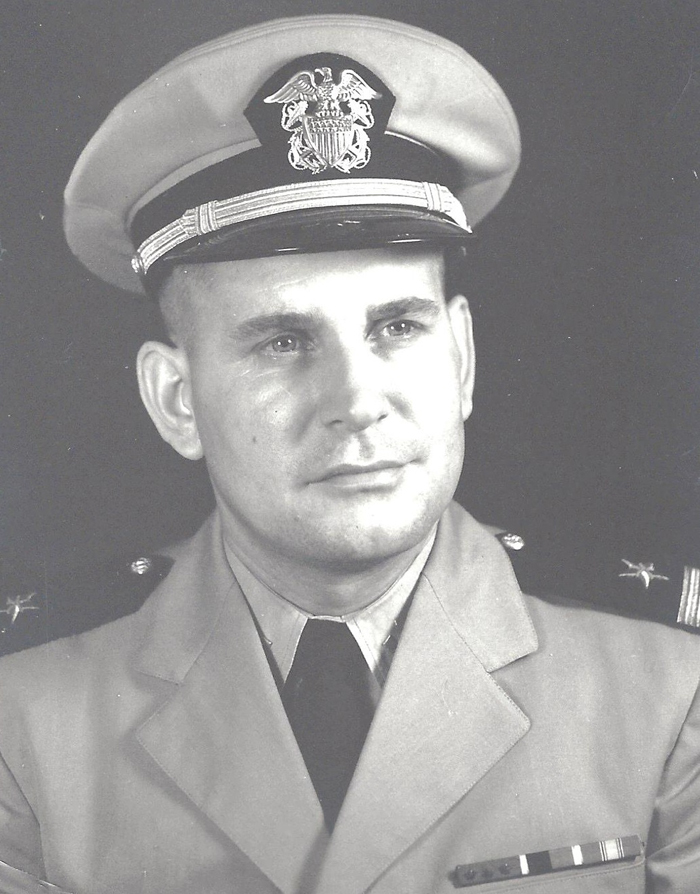 Commander Robert W. Kohler, U.S. Navy, (Retired) was born in Easton, Pennsylvania. He enlisted in the U.S. Navy in October 1948 and attended basic training at Great Lakes, Illinois. As a Yeoman he served on various aircraft carriers on the East Coast of the United States

Commander Kohler was commissioned as Ensign in the Limited Duty Officer program on 1 January 1962. As a commissioned officer, his first duty assignment was on the Joint Task Group Staff which conducted nuclear testing in the south Pacific in 1962. His other assignments were: Administrative Assistant to the Chief of Staff for Operations on the CINCLANTFLT, CINCLANT, and CINCWESTLANT staff; Flag Secretary on the COMSECONDFLT staff; and Assistant Chief of Staff for Administration on the COMNAVAIRLANT staff. He also served as the Commanding Officer of the Flag Administrative Unit COMNAVAIRLANT. Commander Kohler reported to the USS Forrestal (CVA-59) in July 1965, as the Administrative Officer where he served until March 1968.

Along with awards and citations too numerous to mention, he was awarded the Navy Commendation Medal for his actions during the 29 July 1967 fire aboard Forrestal.

On 1 May 1979 Commander Kohler retired from the Fleet Training Center, Norfolk, Virginia completing over 30 years of distinguished naval service.

Commander Kohler has served the past 26 years as both the Vice President & the President of the USS Forrestal CVA/CV/AVT-59 Association, Inc.

A gathering of family and friends will be held on Friday, December 22nd from 6-8pm at Frank Vogler & Sons Funeral Home Clemmons Chapel, 2849 Middlebrook Dr. Commander Kohler will be laid to rest at Arlington National Cemetery at a future date.

In lieu of flowers, memorial contributions can be made to SemperMax Support Fund, PO BOX 54, Rural Retreat, VA 24368.

Obituaries for the week of May 19

Obituaries for the week of May 12

Obituaries for the week of May 5

Obituaries for the week of April 28